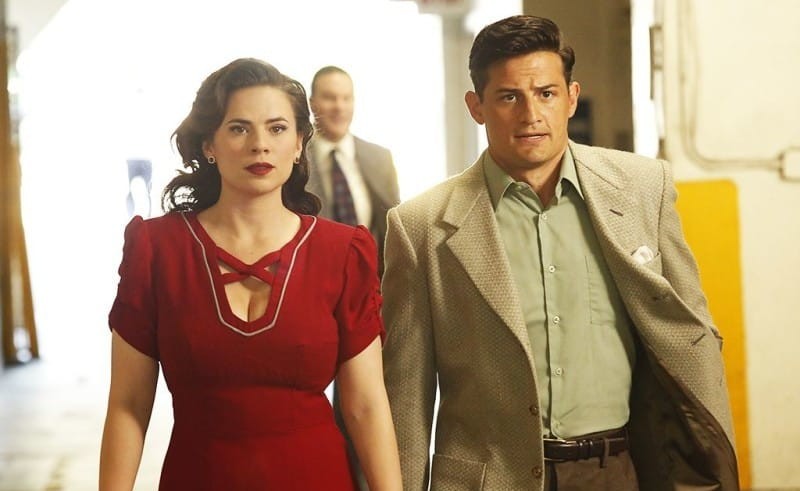 AGENT CARTER has finally returned with two, count them two episodes! And this two-parter has more than enough life in it to explain just why getting this show back is such a charming and enjoyable experience. And when you get a new season, why not go big by shifting over to the west coast? More colors, more Peggy, more Jarvis, and, ultimately, more fun, is only the beginning of AGENT CARTER season 2.

Beginning with a literally kick-ass fight scene between Peggy Carter and Dottie Underwood, we are dropped right back into the action before Jack Thompson decides that he wants to get that pesky Agent Carter out of his hair. So he sends her off to work with Chief Souza out in Los Angeles. This is only the beginning for Peggy, however, as she finds herself investigating more than just a murder with hints that the crimes could be much bigger, badder, and more science fiction than she ever imaged. 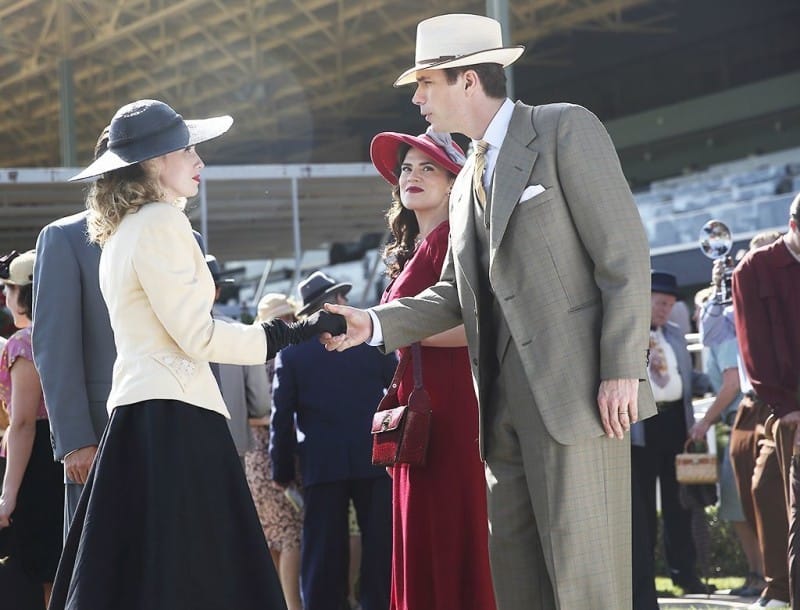 LISTEN: Looking for a reason to enjoy X-Men without re-reading the entire catalog? Check out our podcast on team leader, Storm!

Sorry for sounding like a bad old television announcer in my plot description, but it’s hard to not just fall into the 50s when watching this season of AGENT CARTER. The change of scene adds a welcome dash of color and glamour to the show and, most importantly, doesn’t detract from the characters and story that the show began telling in the first season. With inside corruption still being the main focus – I wonder if Dottie only trusts Peggy because she knows that Carter has dealt with this kind of crime before – Peggy, Souza, and Jarvis are back on the track of something sinister once again. Speaking of Chief Souza, it seems that his and Peggy’s mutual crushes on each other haven’t quite gone away, and I have to say that the whole idea just warms my heart. These actors have amazing chemistry together, especially whenever Peggy discovers that he is going to marry someone else and she tells him that she hopes that he is happy with his new girlfriend. Although that line has been spoken about a million times by now, Hayley Atwell still manages to infuse it with new life and makes what is totally cliché ring as entirely true.

Also, where SUPERGIRL failed, as I mentioned in my review of yesterday’s episode, this episode totally flourishes by making Peggy’s attraction to both of her male leads interesting without being over-the-top and damning of either Peggy or Souza. The episodes give the viewer the idea that there truly is something else hidden there underneath their interactions, but that they both realize that their chance was a lifetime ago as Souza puts it. This adds a nice wistful quality that pulls at the heartstrings without making either character seem ridiculous for holding back their emotions for the other. Basically, it hits you right where it hurts.

However, Chief Souza is not the only love interest in Peggy’s life. These two episodes gave us the gem that is Dr. Jason Wilkes, a physicist that is immediately interested in Peggy. While it seems that his tenure on this show will be short – if you’ve watched the episode then you’ll know what I mean – I do have to say that I was happy to see him. He had a nice presence on the show and more than enough chemistry with Peggy, but sadly his loss was written in the stars… or the script if you prefer. It’s pretty clear to anyone with eyes that AGENT CARTER doesn’t have a lot of diversity… well any diversity really, and I have to say that any argument that it wouldn’t be proper to the time period needs to take into account that Peggy is a female agent. I’m just saying it was nice to see that, but sometimes you have to wonder if the only thing worse than having no diversity is removing diversity as swiftly as you add it. Just a thought piece for you, world. (Spoiler alert: the answer is… just add more diversity so this isn’t a problem at all!) 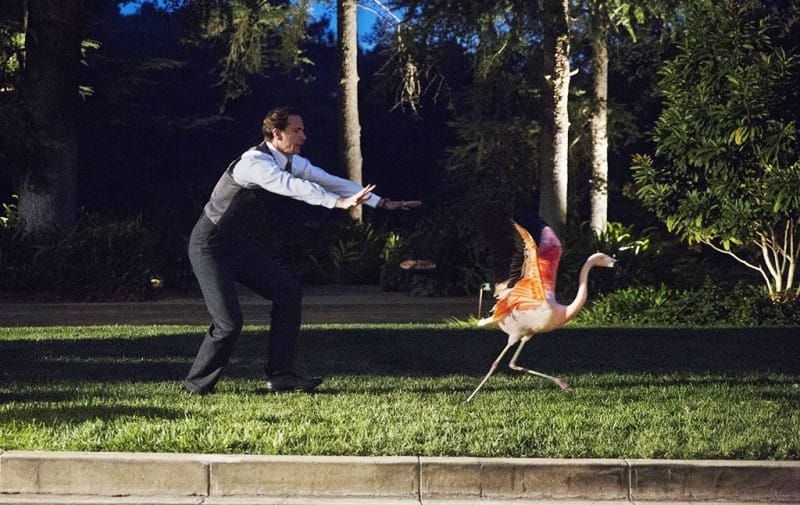 READ: Loving the female focus in Marvel? Check out 4 reasons why JESSICA JONES might just be the best creation Marvel has put out yet!

In addition to the new love story, there is the old platonic love story between Peggy and Jarvis. What else is there to say? These two are just a whole bunch of fun together. Any scene that they are both in always becomes hilarious – my favorite one was the scene where Peggy and Jarvis do a little Judo – and they always make an impression on me as a viewer. I was also extremely happy to see the return of Dottie handled so well in this season opener. She was the most interesting and competent of Peggy’s foes in the first season, and it seems that the show will continue along that thread with the addition of Whitney Frost to this season’s cast of characters.

Overall, these two episodes, which make a nice and succinct two-part story, manage to maintain the awesome spy energy that AGENT CARTER crafted in the first season while still infusing it with new energy in the LA setting. It seems like this season will be a good romp through spy fiction with many emotional highs and lows. As you were, Agent Carter. You’ve got work to do.