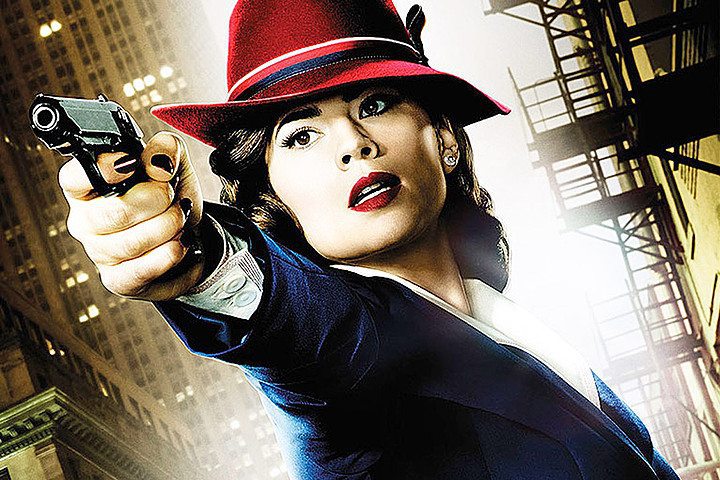 The final episode of the first season of Agent Carter aired last night, tying up a lot of the story lines that had been set up throughout the first seven episodes.  Whether or not we’ll get a second season of Agent Carter remains to be seen, but if this explosive first season is any indicator, it would be a poor decision on ABC’s part NOT to renew the female-led espionage thriller. 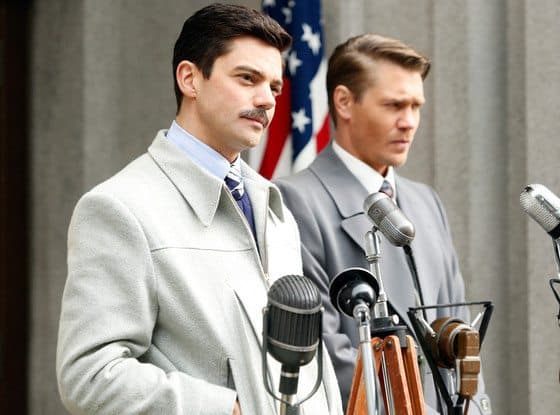 The episode picked up where episode seven left off- with Carter, Thompson, and Souza discovering the scene at the movie theater- a grisly scene of death. Paralleling earlier themes of hypnosis and uncontrolled personalities, the final item stolen from Howard Stark by Leviathan sends anyone exposed to it into a blinding aggressive rage. As predicted, it was this gas that caused the Fennel incident that has been teased up to this point.

As the plot unravels, Ivchenko gets captured by Thompson and Souza, who cleverly uses earplugs to avoid hearing the hypnotist’s voice. Peggy, meanwhile, squares off against Dottie, who has been her evil parallel throughout the season. Peggy, of course, proves herself the better, coming out on top of this fight.

Howard is the final victim of hypnosis as he is sent on a plane to fly over Times Square, where thousands of soldiers and civilians will be celebrating V-E day. It becomes a battle of will as Agent Carter tries desperately to appeal to Howard’s inner personality, which is trapped in a fantasy in which he will be able to rescue Captain America. It turns out that the loss of Cap has been haunting Howard as much as it has been Peggy.

This scene was a perfect way to wrap up this story-arc. The season began with the final clips of Steve Rogers in Captain America: The First Avenger, as he crashes into the snow. Throughout the show, we’ve seen Peggy try time and again to move on from Steve, but finding herself incapable of doing so. She’s even gone so far as to hide a vial of his blood. Helping bring Howard out of his fantasy is actually just as helpful to Peggy, who is forced to admit to herself that Steve is gone and that the only way to continue living is to move on. As a final goodbye to Cap, Peggy pours out the vial of blood into the river- an action which I could see being used to create a new hero or villain in the future. 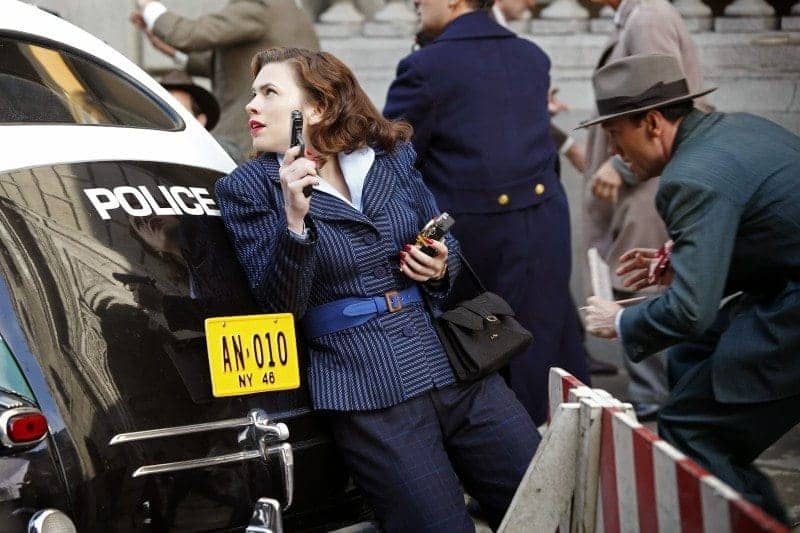 A final teaser brings the most unification to Agent Carter and the rest of the MCU, as we see that Arnim Zola has been chosen as Ivenchenko’s cellmate. It’s funny how often evil geniuses and supervillains are paired together- you’d think prisons would have a policy against it. Either way, it’s great to see Zola back again. What will this mean for the future of Agent Carter? It depends on ABC. I, for one, hope that Peggy comes back for more. We still need to see how Carter and Stark helped cofound S.H.I.E.L.D.

Comment Below: What do you think? Does Carter deserve a second season?