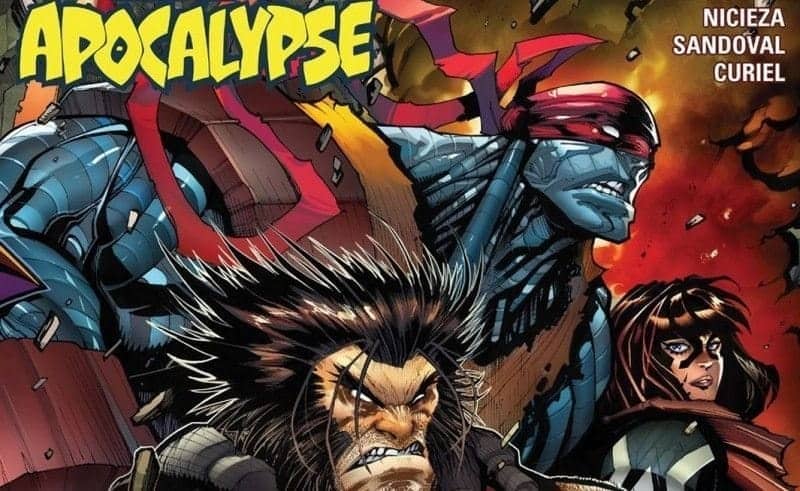 Douglas finds out the truth about the X-Men as they’re confronted with the E.M.F.! Also: we finally get to know why Sabretooth is a Horseman in this reality!

AGE OF APOCALYPSE #2 by Fabian Nicieza and Gerardo Sandoval

The second issue of the tie-in series revisiting the epic 90’s crossover/ fan-favorite what-if-scenario begins with a stand-off between Magnetos’ remaining X-Men and the Elite Mutant Force of Apocalypse. After an intense fight, the X-Men manage to both capture Cyclops and get Cypher to safety. In the meantime, Sabretooth visits Angel, who is in a neutral position in the conflict between men and mutants, Carol Danvers is beginning to doubt her position in the war, and Dr. Bradley starts experimenting with Nightcrawler in the lab of Dark Beast. 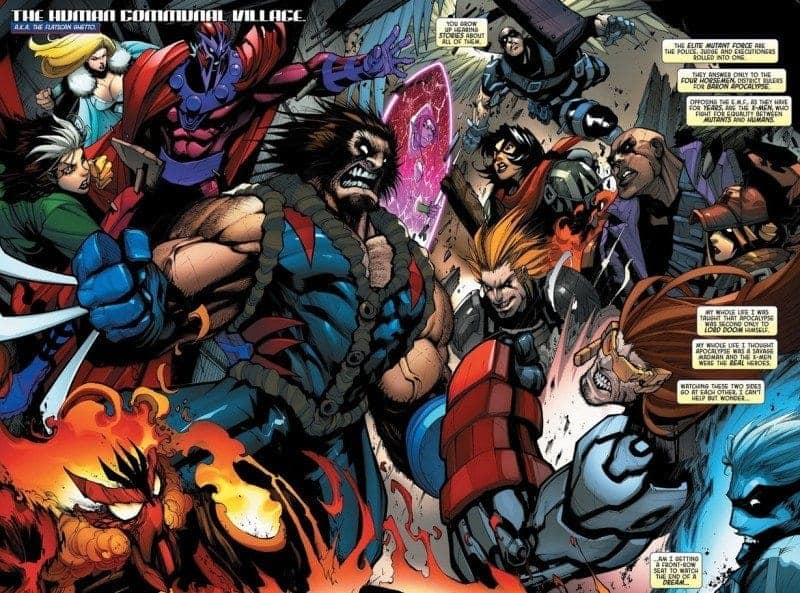 I must admit that I don’t really even have that much to say about this issue, not because I don’t care about it, but because there’s just not that much to criticize. This book does many things right: it takes the reader directly into the AoA world and creates a fitting atmosphere of despair and death. At the same time, there are some interesting changes and we don’t read about the exact same place readers in the 90’s did, which opens opportunities for new and interesting plotlines, for example the special roles of characters like Douglas or Carol that this book focusses on. Or characters in a totally different positon, like Sabretooth or Emma. At the same time, due to the excellent art of Sandoval, this book looks like it could be straight out of the 90’s, which makes it extremely enjoyable as a book about the Age of Apocalypse.

But these are all things the first issue already managed. What’s special about this issue, though, is that it doesn’t just include more dynamic and exciting action sequences, it also has a lot more characterization in it. Especially when it comes to Cypher, who has an interesting internal monologue during the fight, and Cyclops, whose past we telepathically get a glimpse of. Also, by examining the X-Men’s situation in a more detailed way, there’s a lot more despair within the story, which raises the tension! For instance, one of the many monologues of Cypher is about the death of Charles Xavier and how he could have made a difference. This alone really clarifies the concept of the Age of Apocalypse and, at the same time, shows us how desperate the situation is for the remaining X-Men (especially because the ruins of the Xavier Residence are shown in the same panel). 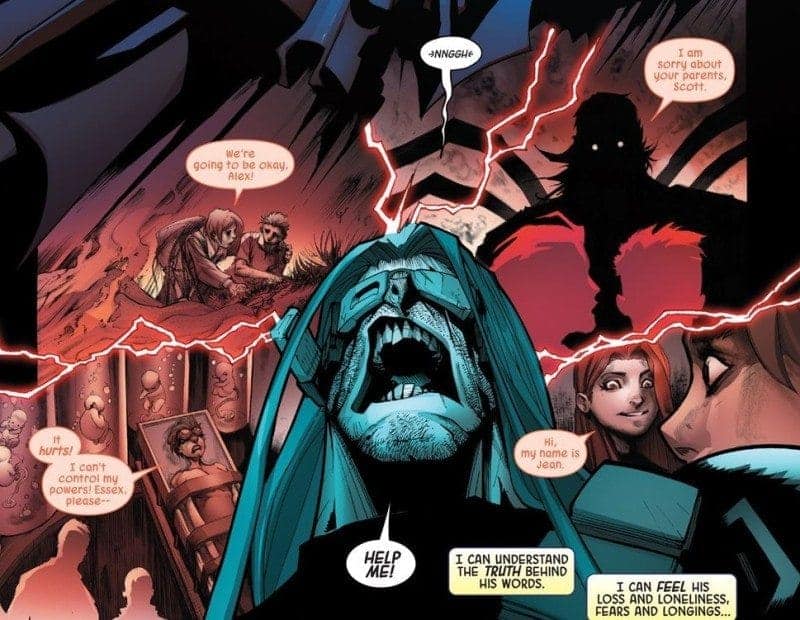 The plot is interesting. There are many different characters planning different thing, mostly for their own interests, and our main character Cypher is the only person able to decode this clutter of lies and betrayal. At the same time, its sometimes hard for the reader to keep track of what is happening: the author decided to make Cypher his MacGuffin, but it’s not entirely clear what purpose he would have for Apocalypse. Still, the plot is totally convenient to show the AoA world from many different angles. It’s still a very exciting read, with many surprising revelations about some of Apocalypse’s Horsemen in the second half of the issue.

READ: MY SPECULATIONS ABOUT THE HORSEMEN IN X-MEN: APOCALYPSE!

All in all, with beautiful and energetic art, the right atmosphere, thrilling fights and characterization, the creative team did everything right and created another great chapter to a series that has a lot of new ideas on its own and yet manages to take the reader back to a place he loves.