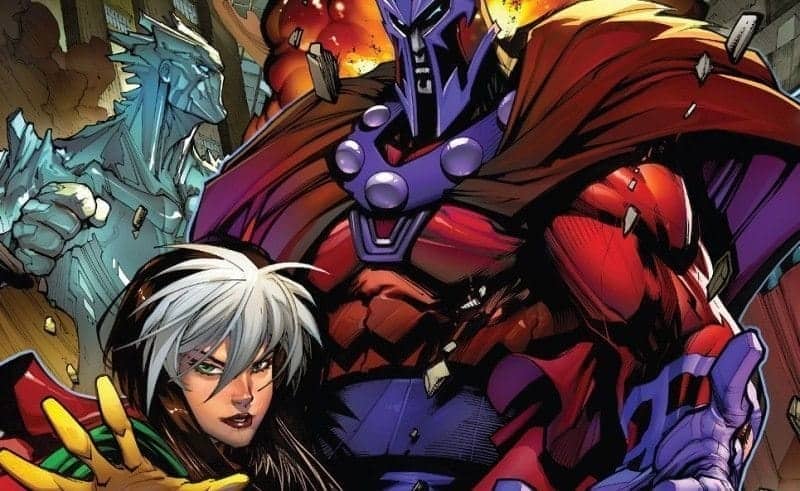 AGE OF APOCALYPSE (2015) #1 takes us back to the fan-favorite dystopian scenario in which En Sabah Nur has taken control, mankind is enslaved and Magneto instead of Charles Xavier is the leader of the X-Men! But it’s not exactly the same world we visited in the 90’s crossover…

#1 of the “Secret Wars” tie-in revisiting what is probably one of the most important X-Men stories of all time begins in the Savage Land, where Holocaust, son of Apocalypse, attempts to kill Douglas Ramsay a.k.a. Cypher. This young mutant, though, seems to be extremely important for the X-Men, who arrive pretty soon in order to rescue him. The fight that follows causes causalities on both sides… 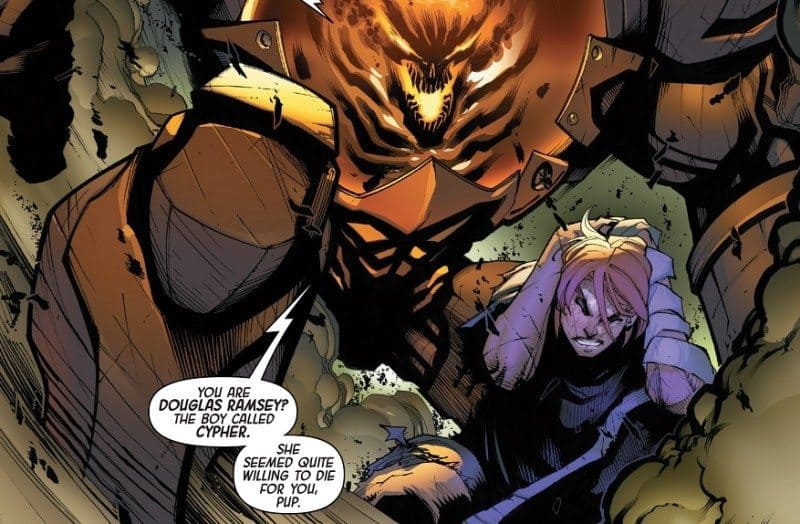 First off, this issue feels very plot-driven. Cypher is kind of the McGuffin and tHhe main character of the story at the same time, which does offer some opportunities to characterize him, but actually, most of the time, events and conflicts just seem to happen around him. He tries to escape, he is confronted by Holocaust. The X-Men try to save him, he’s captured. Another team of X-Men tries to save him… you get the idea. The author uses inner monologue to characterize him a little, which is nice, but Douglas is actually the only character who really gets a chance to shine in this issue. Which is probably because so many characters are introduced, so much action is taking place, and there are few dialogues establishing relationships between characters or characterizing them (except for the Summers brothers). But, since this issue was very plot-driven,and I’m really curious to see the direction this book is heading, this is absolutely OK. Even though I do want to see more characterization in the next issue. 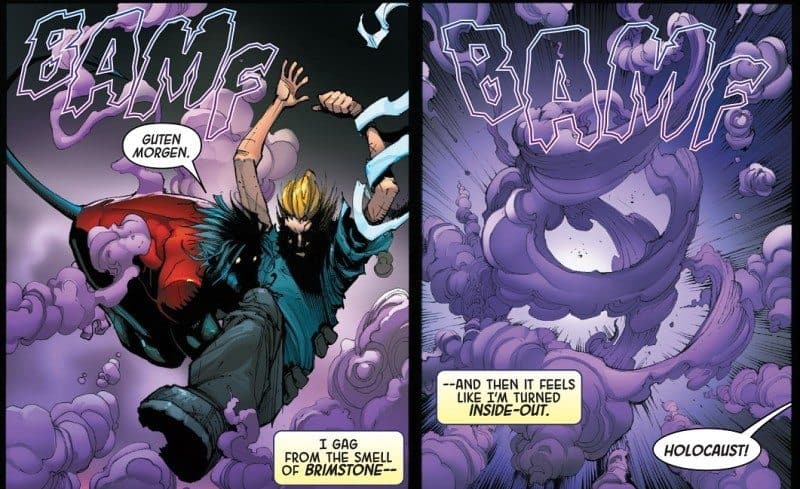 The plot itself is totally fine, and the issue closes with a great cliffhanger. The best thing about the plot is probably that it features many different characters and locations. Thus, the book really manages to make the reader curious for what is going on in this world and totally sells me to the series when it comes to the writing. Which means that as a #1-issue, it really does what it’s supposed to do, especially because we get to see many different aspects of the AGE OF APOCALYPSE world.

Let’s talk about the art. I really think this is a matter of taste, but in my opinion, Sandoval offers excellent art that makes the entire book feel very 90’s-esque. I really feel like, artistically speaking, this book could have been part of the original crossover, which is similar to how I felt about the E IS FOR EXTINCTION book. The art is pretty similar to, for instance, that of Humberto Ramos.

But the art isn’t the only thing that might remind readers of the original crossover. When this book was initially announced, fans were thrilled to hear that the book was going to be written by Nicieza, one of the writers of the original AGE OF APOCALYPSE arc back in the 1990’s. The book is well-written, but interestingly enough, the author decided to make some little changes here and there. This is not the exact same universe, and we see some characters with different backgrounds and on different sides of the conflict, for instance Emma Frost or Sabretooth, who was actually a very important X-Man in the original AGE OF APOCALYPSE world. Time will tell if these changes make sense or will just provoke fans of the original arc. I really feel like readers should try and enjoy this book despite these minor changes, because overall, Nicieza manages to take the reader back into the AoA scenario and reminds us what we loved about it.

But another thing I’m worried about is that this book crosses over with the OLD MAN LOGAN book, which could cause logical errors in both stories. Some X-Men who died during this issue appeared back in OLD MAN LOGAN #2, so I guess it’s fair to assume that that book takes place before this one. With the events that could possibly take place in the next few issues of OLD MAN LOGAN, will this book still make sense? This all could be due to a lack of communication between the writers.

So, the book has some logical flaws, character roles are changed and there isn’t much characterization offer; still,  AGE OF APOCALYPSE (2015) #1 is a great first issue that manages to create a spot-on atmosphere, has terrific art and makes me want to read more.