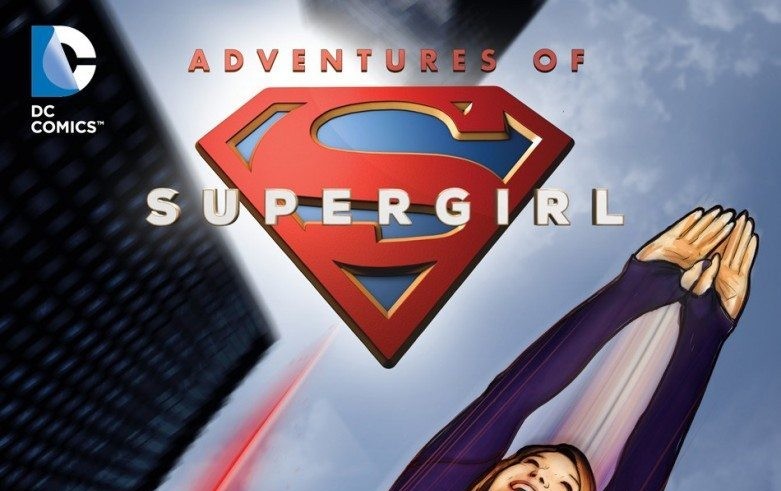 SUPERGIRL may have ended its run on CBS several weeks ago, but now fans have the opportunity to get more Kara Zor-El in ADVENTURES OF SUPERGIRL #1. The issue maintains the same cheerful and upbeat tone that the show possessed, while also displaying some great artwork by artist Bengal. However, it is a by the numbers first issue, leaving room to improve as the series goes on.

READ: Refresh your memory of SUPERGIRL’S last episode by checking out our character spotlight on Non!

The story open an inner monologue from Supergirl about her home planet Krypton as she fights a creature known as Rampage. From there, our heroine recaps her origin story, and it is essentially the same story told during the show’s pilot episode. I commend writer Sterling Gates for being able to cover just as much ground as the show, but in a far more concise way. She wraps up her backstory just in time for Rampage to attack the helicopter that holds Supergirl’s adoptive sister, Alex, ending the issue on a cliffhanger; and there lies my problem with these superhero TV shows companion comics.

This first issue clearly takes place between episodes 1 and 2 of the series, so keeping that in mind, readers know that Alex is not in any real danger. These comics can put these main characters in jeopardy as much as they want, but the tension won’t be there because the first season has already concluded and we know everyone made it to the end. The only way these comics are redeemable in my eyes is when they offer interesting stories that we wouldn’t normally see on the show, because in a comic you can get away with more, such as demonstrating Supergirl’s raw strength. 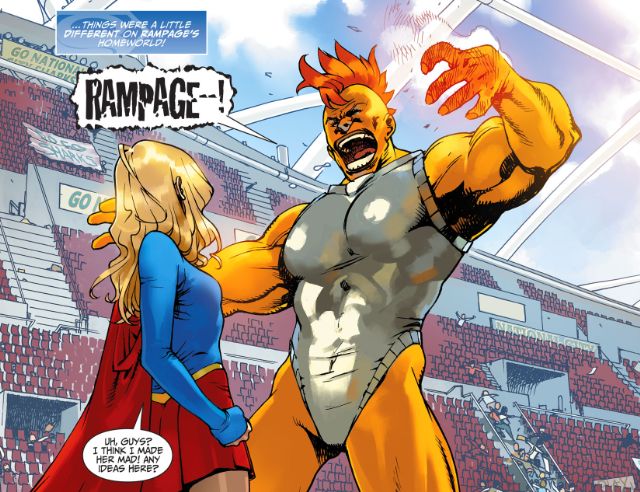 As for the characters, I felt Gates did an excellent job maintaining the spirit of the show’s Supergirl in comic form. She is a good natured soul who isn’t afraid to cut loose and dish out some good old fashioned butt kicking! As for the other characters, such as Alex Danvers and Director Henshaw, they worked fine in the issue for what little we saw of them. In the few short panels that Alex was in the comic the reader got a pretty good idea of the close relationship that she and Supergirl share. As for Director Henshaw, he continues to be as concerned with Supergirl’s safety as he was on the show. These characters might not have had a large presence, but Gates managed to capture their essence for the small time that they were in the issue. 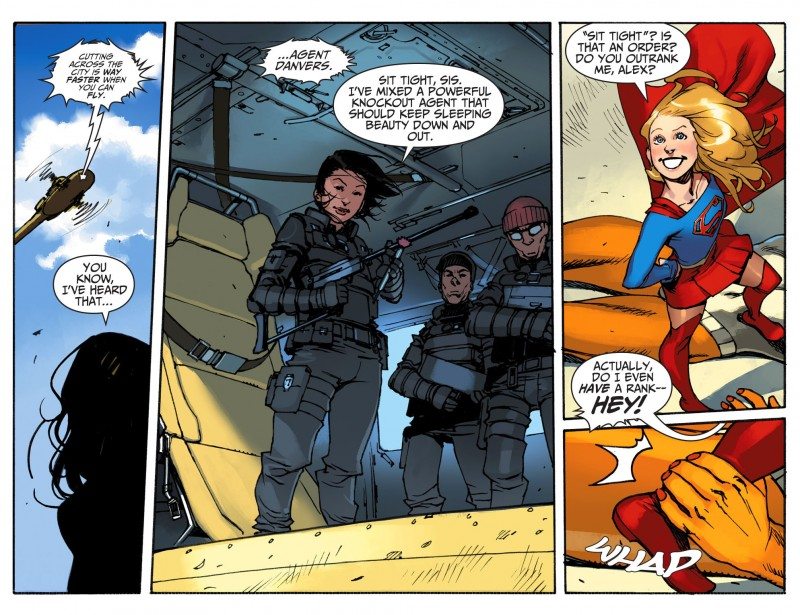 As for the artwork by Bengal, it really felt like the visual style of the show transformed into a comic book. Our heroine looked like a very animated version of her live action counterpart, and that works well for the comic. The show is known for being extremely bright and colorful, and this issue reflects that quite nicely. Another compliment I must give Bengal is for the ability to show the subtle details of Supergirl during her fight with Rampage. Typically the fights on the show are so quick that viewers never really get a chance to see all the little details of the character’s faces, but here the reader can see all of it in perfect detail.

READ: Check out the latest comic detailing the final arc in the new 52 of Supergirl’s cousin, Superman!

This first issue did an excellent job of covering Supergirl’s origin story in comic book form, but it did not offer much else in terms story since it spent the majority of the issue establishing it’s main character and the world she lives in. It’s a good start for this comic book companion series for SUPERGIRL, and I highly recommend checking it out for anyone who is a fan of the show and wants more stories of this character and her friends.