ADVENTURE TIME is filled with candy people and magic dogs, but this world only came to be when a bomb fell on Ooo. ADVENTURE TIME: ISLANDS it is set 1,000 years in the past, after The Great Mushroom War has just ended. This new graphic novel from KaBOOM! Studios takes place right after Marceline says goodbye to her human comrades from the epic ADVENTURE TIME TV miniseries STAKES. I have wondered since ADVENTURE TIME: STAKES what became of this tribe of humans. This new, original graphic novel gives us some answers.

With the exception of Marceline the Vampire Queen and Simon’s (also known as the Ice King) stories, ADVENTURE TIME: ISLANDS gives us a chance to see Ooo’s lost history. The talented team of Ashly Burch and Diigii Daguna finally gives the fans some answers. Though it’s hard to put yourself in the shoes of characters like Lemongrab or Mr. Cupcake, it’s easier to relate to the tribe. They’re human, like Finn. At the end of the world what divides them are the dangers ahead, but they also unite the tribe. Burch and Laguna bring out these survivors’ struggle in the most mathematical way.

This new graphic novel focuses on Jo, who was very close to Marceline. Throughout the story, Jo must come face to face with her greatest fear: the unknown. The story follows Jo the Bunny Girl and some other humans arriving on an island filled with her tribe. Can these people make a new home for themselves or is this where humankind makes their final stand? 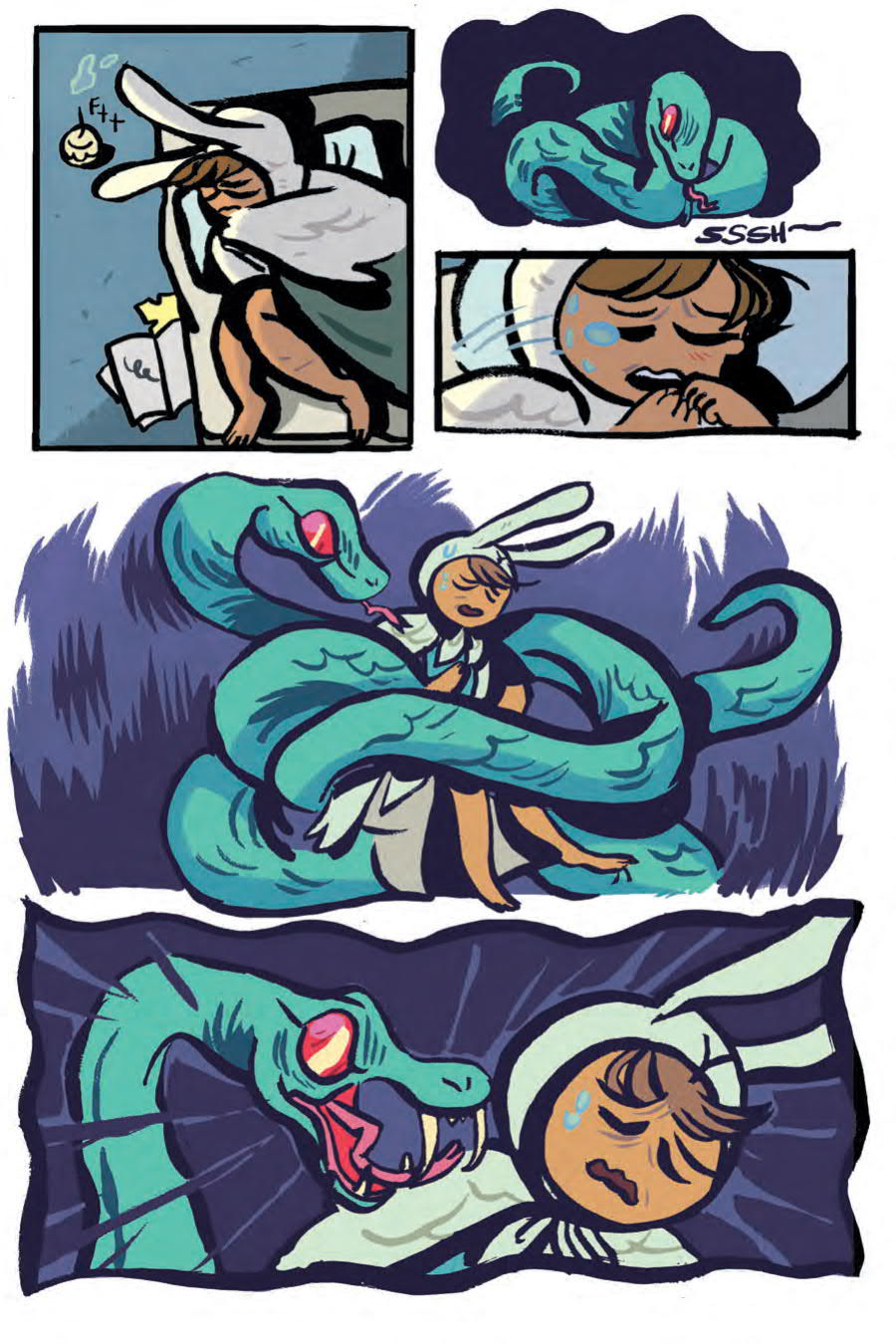 This boat full of refugees have only each other. ADVENTURE TIME: ISLANDS gives a new beginning for this tribe of humans. These people will need to go through a metamorphosis to adapt to the world around them. When reading other ADVENTURE TIME stories, you experience many emotions but rarely fear. On every page of this story, you wonder what’s going to happen next, and you hope that everyone survives. 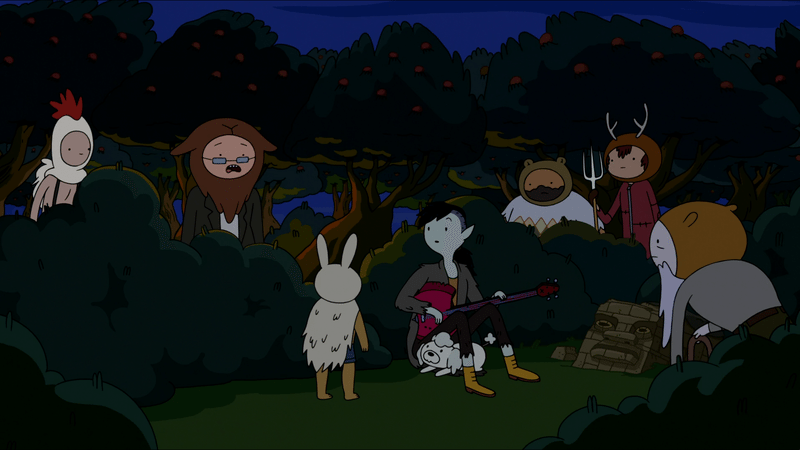 The art in this graphic novel does the beautiful land of Ooo justice. Daguna’s work has this amazing vibe, reflecting the betweenness of the conscious and the subconscious where the ADVENTURE TIME world lies. It’s easy to absorb and hard to stop looking at, all the while you feel like you’re actually there. 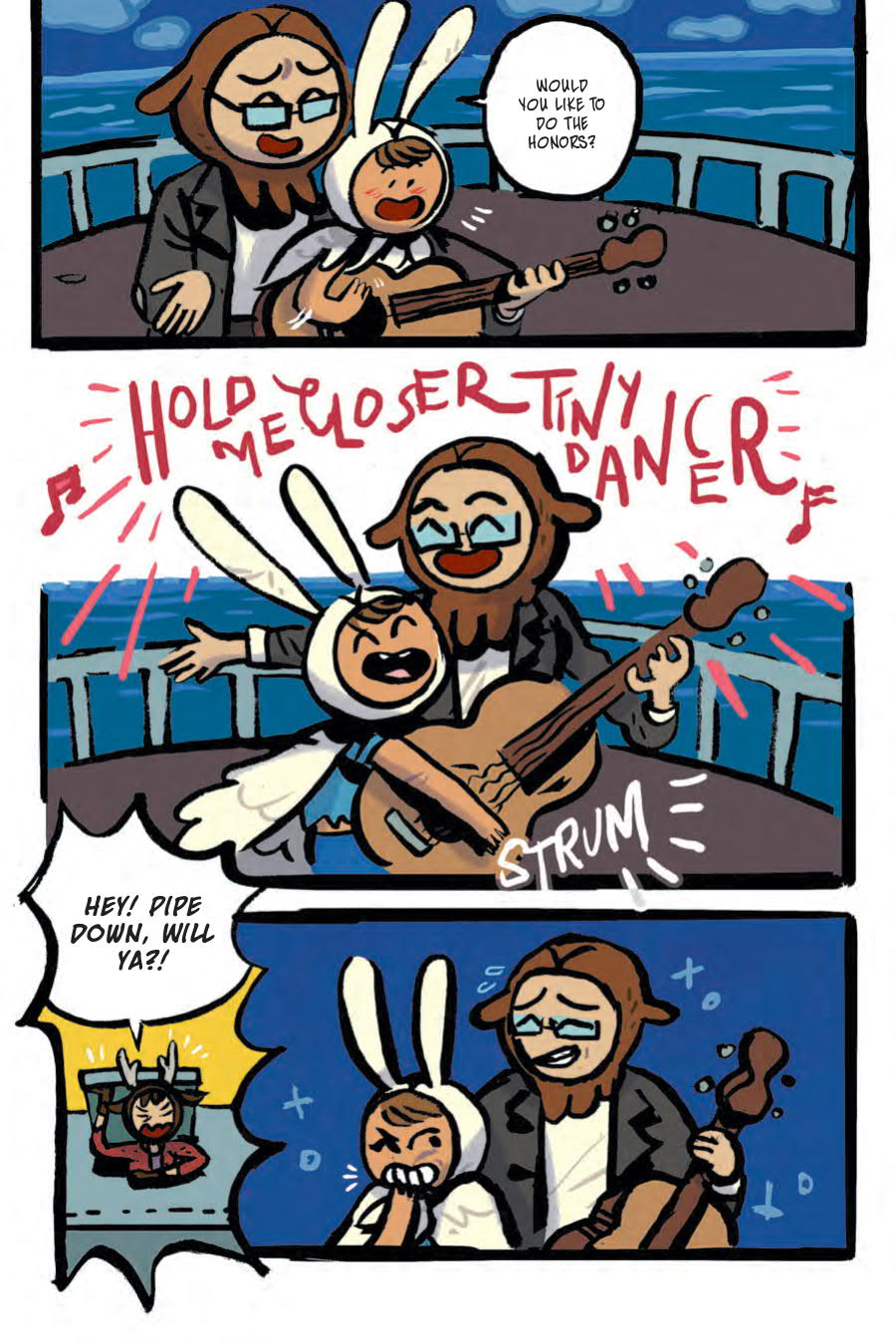 One of the greatest challenges in creating a story like this is getting too far from the source material. However, this is a special circumstance, as the story of this crew is uncharted territory compared to other ADVENTURE TIME titles. For example, ADVENTURE TIME: PLAYING WITH FIRE was based on Fire Princess & Finn’s relationship, which we saw a lot of in the show.

READ: Want more stories from Ooo? Take a peek at our review of ADVENTURE TIME COMICS #4!

In the STAKES miniseries, Horn was almost killed by a vampire before leaving with the rest of his tribe. There’s no question that he would want to defend himself if that were to ever happen again, and his growing paranoia shows Burch is paying attention to the past. This new world is filled with dangers and monsters that the survivors cannot possibly imagine. As Ooo changes around them, these people must prepare to adapt, or else this world will eat them alive. As we focus on Jo’s story, we see her change as she communes with the island in a different way than the others. Jo begins to listen to the memory of Marcy, which gives her the strength to face the unknown. 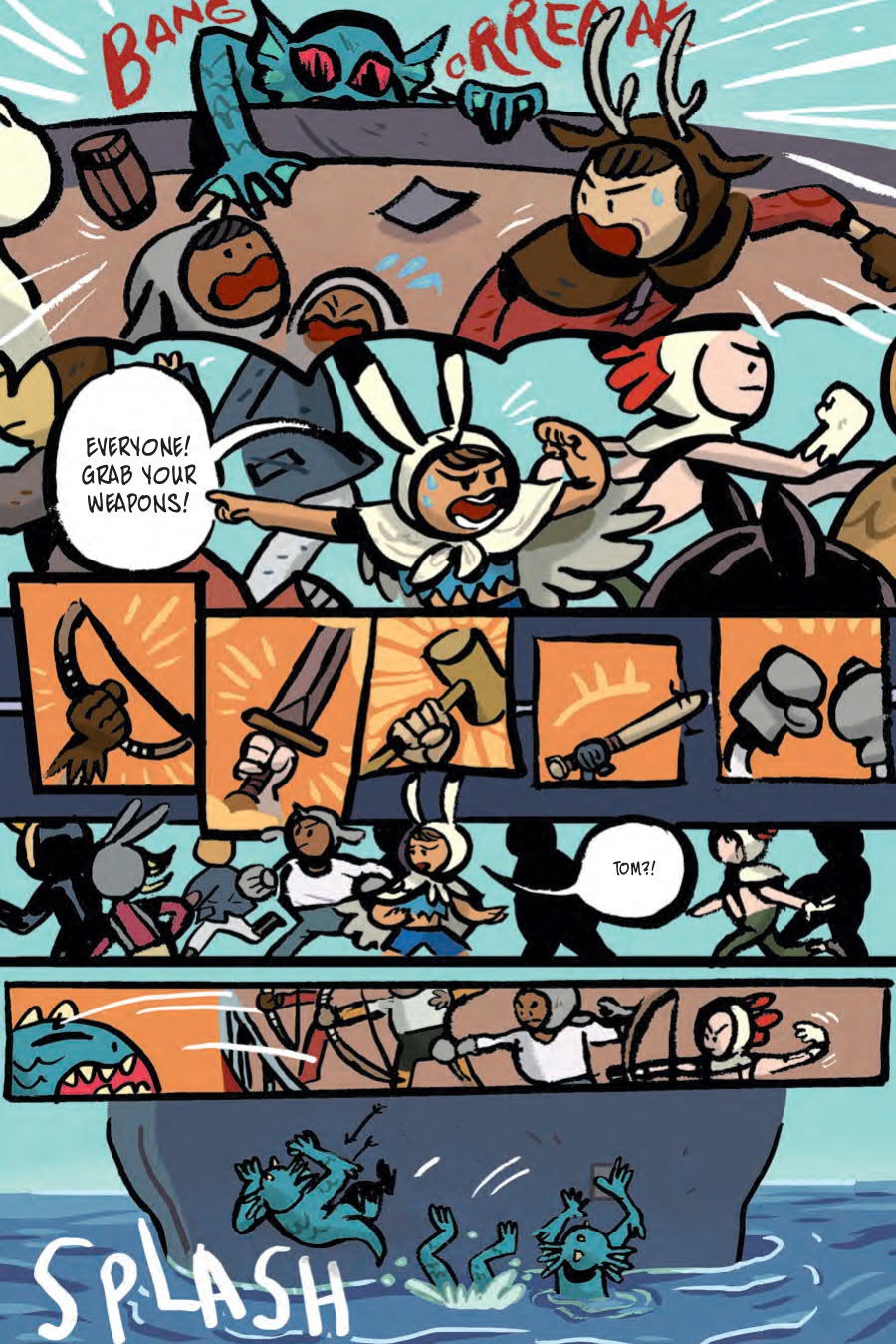 Marcy says then everything changes except her. That’s untrue. The fact that Jo thinks of her for comfort means Marcy is maturing. This immortal rocker can be so important to a single person and ultimately the world’s future. She will continue to influence Ooo’s destiny, whether she wants to or not. Through Marceline’s wisdom, Jo doesn’t conquer this island but adapts and learns. In the simplest terms, this graphic novel is wonderful metaphor for how people should approach new obstacles. 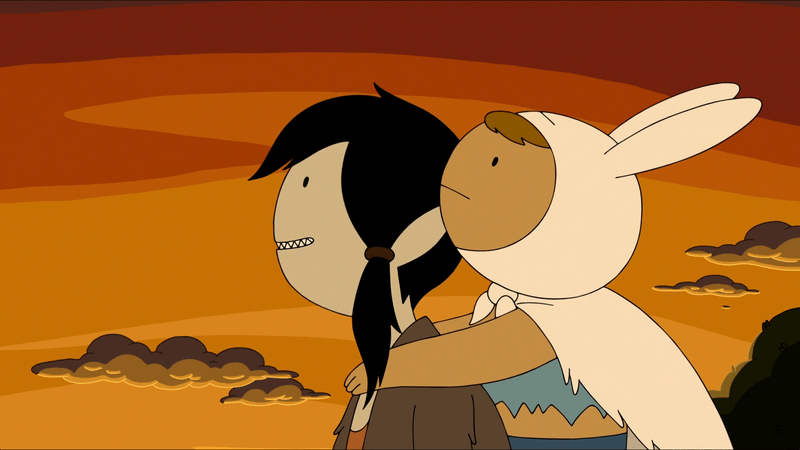 I wish I could say this was the story that revealed every secret in the Land of Ooo. Instead, this tale is a slice of life during the apocalypse. It gives us hope that these people will be okay and that people in general can over come fear and thrive. This tribe will soldier on, facing the unknown just like Jo the Bunny Girl does, and just like we the readers should.