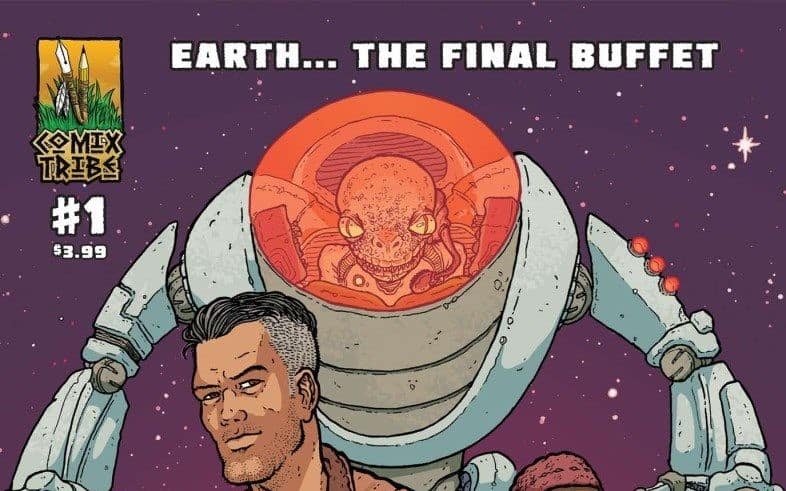 The Earth becomes uninhabitable and the human race flees to the stars. Well, not the entire human race…

A fleet of ships is created to help the human race escape the inhospitable Earth, but there’s one problem: they’re only big enough for 95% of the population. Matthew is one of the designers on the ships, and when he and his wife Olivia are selected to go, she stays behind. Unbeknownst to Matthew, Olivia is pregnant; unbeknownst to Olivia (and everyone left on Earth) the ships may not be as reliable as everyone thought… 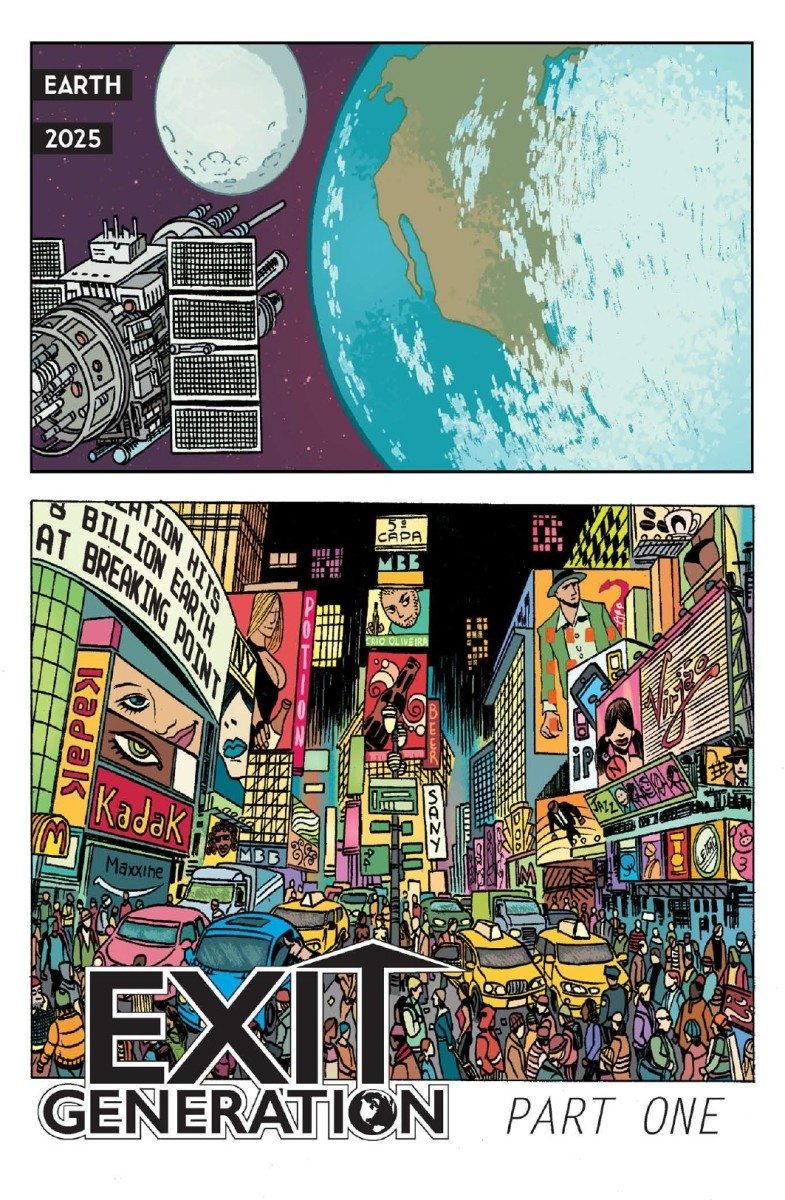 EXIT GENERATION #1 is one of the best debuts I have ever read. Few comic books begin so confidently, and in so well-crafted a fashion. There isn’t a single wasted panel in the entire issue, and due to an expert collaboration between writer Sam Read, artist Caio Oliveira, colorist Ruth Redmond, and letterer Colin Bell, every single piece of information you need to understand this story, to understand the world in which it takes place, and to engage and enjoy this story is available to you–and then some. 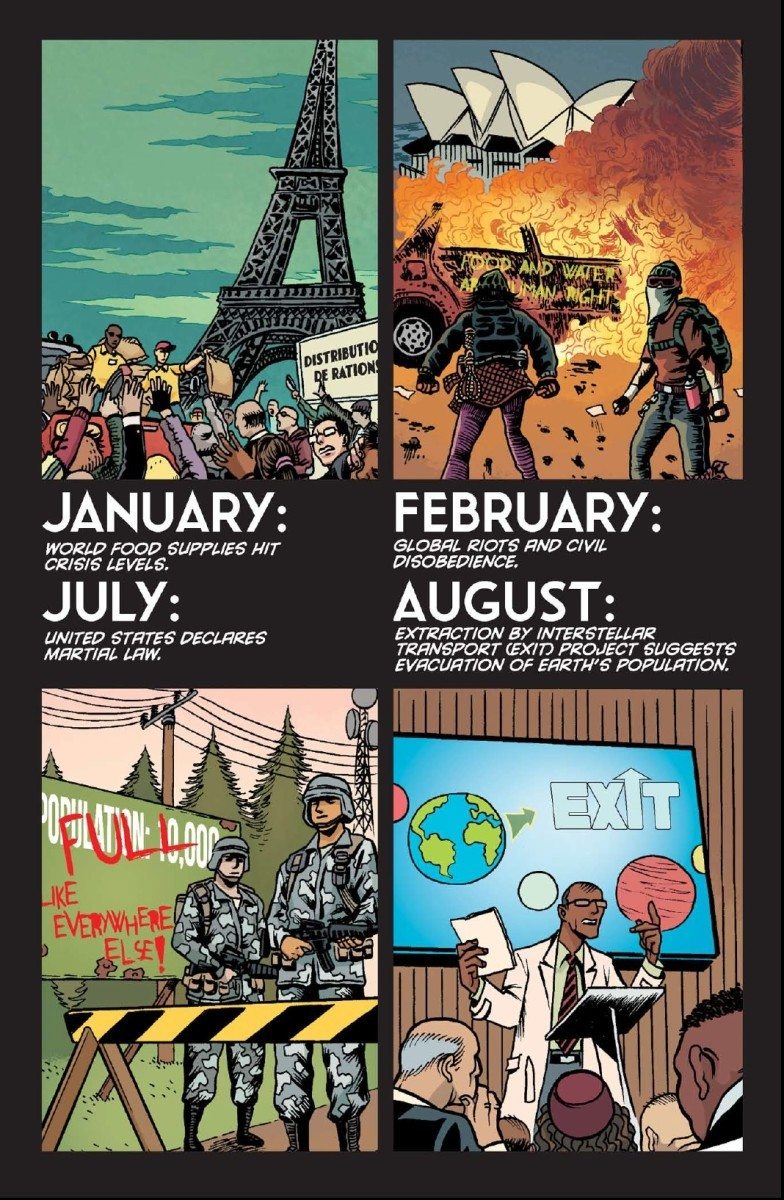 The story for EXIT GENERATION isn’t exactly anything new, but those of you that follow my writing on ComicsVerse know I believe that shouldn’t hinder a story. It certainly doesn’t here. In fact, the slight twist Read puts on the usual “human beings flee the Earth” story hits you in the gut, especially when the team grounds it in the best exploitation of dramatic tension I have experienced in a long time.

READ: WHAT AM I TALKING ABOUT? CHECK OUT MY REVIEW OF TOKYO GHOST #1 FOR MORE ON OLD STORIES AND NEW METHODS 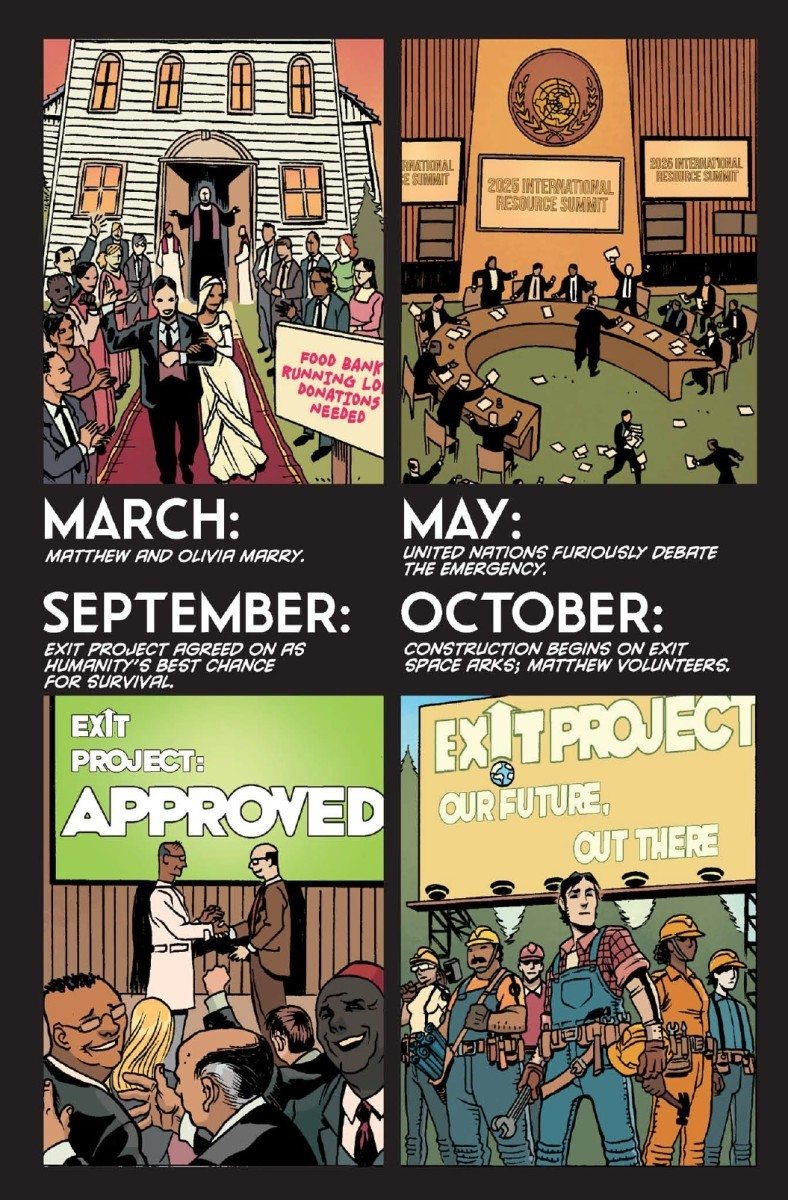 The execution of the prologue is perfect, unfolding quickly, confidently, and not without a bit of humor. Olivieria’s art paired with Redmond’s colors bring to mind a rich, saturated world not unlike the worlds of Darwyn Cooke. There is a light, cartoony air to the style, but it’s never afraid to show you that it can become substantive and effective when the story demands it–and it demands it often.

READ: CHECK OUT OUR COVERAGE OF PREZ FOR A STORY THAT TAKES PLACE AT THE SAME TIME IN THE FUTURE, WITH AN EQUALLY BOLD AND FUN LOOK! 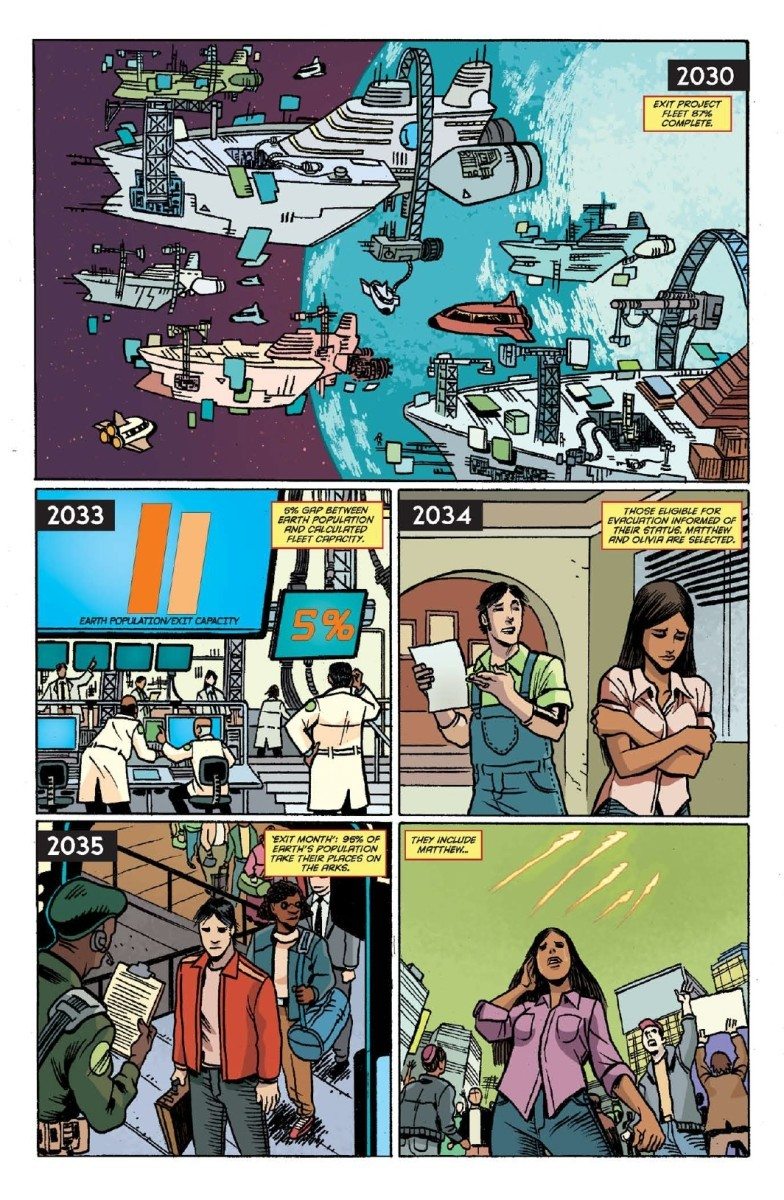 Read’s story straddles feelings of jubilation and devastation, with one eagerly following the other at every turn. Celebrations are cut short, but silver linings are always present. One wouldn’t be out of line to speak about EXIT GENERATION #1 in the same breath as SAGA–especially given this issue’s ending and the promise of an epic journey. Once the prologue is over, the story downshifts hard to a more intimate, earned pace, introducing us to the issue’s true protagonist and setting up a story that quickly tackles ideas of identity, family, and finding your place in the world–especially a world like that of EXIT GENERATION.

READ: BRIAN K. VAUGHAN, WRITER OF SAGA, ALSO WROTE WE STAND ON GUARD, ONE OF THE OTHER GREAT DEBUTS OF THE YEAR. CHECK OUT OUR COVERAGE HERE! 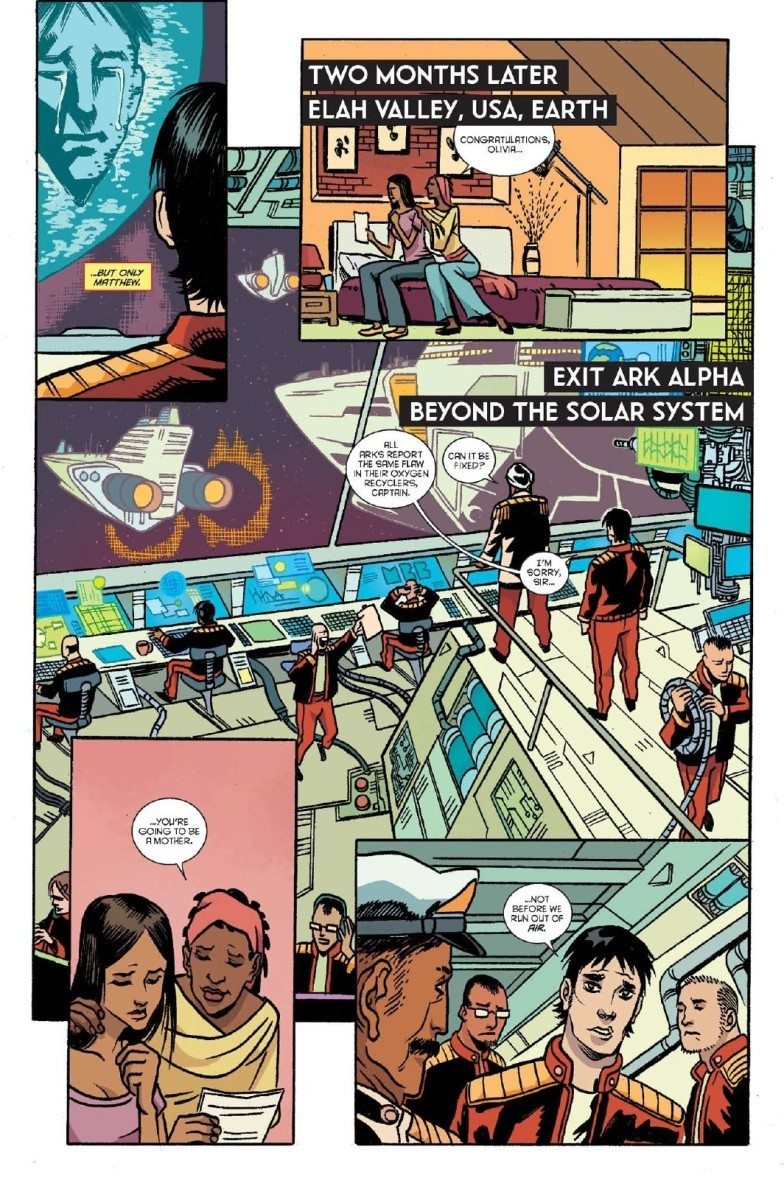 Even in this first issue, the sheer level of world-building that goes on is remarkable for both its effectiveness and subtlety. There is one instance of exposition that feels forced, but even then just barely, and the rest of the issue is so good that it’s easy to let it pass. In fact, the work of this team so quickly garners good will that when the story takes a real science-fiction/comic-book turn in the final third, you’re already willing to trust it. That an intimate, human story with science fiction elements takes a hard turn such as it does is definitely enough to raise an eyebrow, but it’s not going to stop me from eagerly grabbing #2.

In fact, I’m willing to say that EXIT GENERATION #1 demands your attention. With one of the best-written introductions I’ve ever read and confident, sharp execution, it’s a masterful debut and a title to which we should all be paying very, very close attention.

WANT MORE REVIEWS? OF COURSE YOU DO! CLICK HERE!

WE KNOW YOU WANT MORE DANNY, SO CLICK HERE!