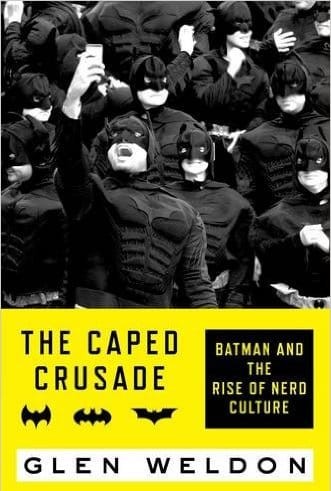 Batman, like many American superheroes in today’s society, is a world-renowned transmedia property and beloved by many. From his initial appearance in the pages of DETECTIVE COMICS #27 to the campy television series, BATMAN, to his latest adventure in the soon to be released film, BATMAN V SUPERMAN: DAWN OF JUSTICE, the character of Batman has been adapted to every medium and his story told to the masses. The iconic cowl and cape is as recognizable as his origin: a young boy swears an oath to devote his life to an endless war on crime after watching his parents gunned down before him. This is a tale told again and again. What many people don’t know is the history of the character, quite specifically, how Batman transcended popular culture and influenced generation after generation of nerds. Where can this tome of Batman knowledge be found, you ask? In the pages of Glen Weldon’s newest book from Simon & Schuster, THE CAPED CRUSADE: BATMAN AND THE RISE OF NERD CULTURE. 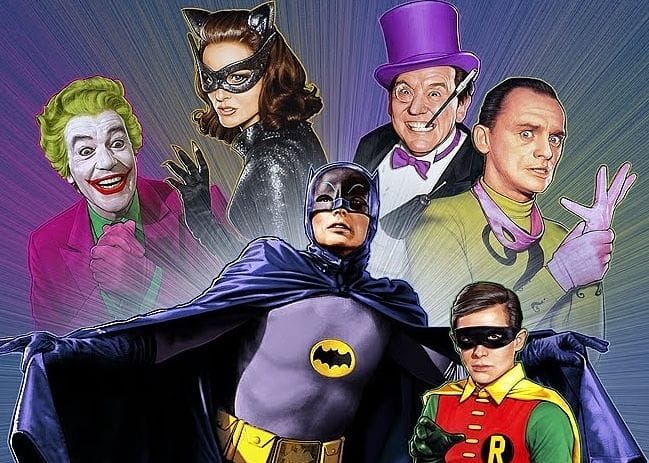 From the book’s opening dedication to Bill Finger, I knew I could trust Weldon in telling the history of Batman. A writer with work published in The New York Times, The Washington Post, and NPR as well as the author of SUPERMAN: THE UNAUTHORIZAED BIOGRAPHY, Weldon, like many of you readers, is a nerd. The best part though? He is a proud one and isn’t afraid to show his vast knowledge in comic books as well as comic culture. THE CAPED CRUSADE begins with an acknowledgement of Weldon’s love for the 1966 television series, something many Batman fans might be uncomfortable with. BAM! POW! You know the one. This admission, filled with genuine honesty and humor, sets the tone for the rest of the book. Weldon informs the reader of the history of Batman with a passion that can be found in any tried and true Batman fan and with a level of knowledge I’ve never encountered before. Yet, THE CAPED CRUSADE: BATMAN AND THE RISE OF NERD CULTURE doesn’t read like a history book, and it’s not just due to the author’s fantastic storytelling. Weldon’s thesis statement, that Batman is an inkblot, serves as a means to examine not just the history of Batman but nerd culture in itself.

In all of my years of reading comics, I could never imagine taking an in-depth analysis of Batman and flipping it to study nerd culture as well. By choosing to portray Batman as an inkblot, Weldon puts a spotlight on not only Batman through generations but nerds as well. From Frank Miller’s violent, vengeful THE DARK KNIGHT RETURNS to Joel Schumacher’s neon, nippled Batman Forever, the book shows readers how Batman can connect to anyone from angry youths during the 80s to a growing gay community in the 90s. Weldon excels in his ability to portray Batman as an everyman but not one anyone should aspire to. Instead, his in-depth examination of Batman throughout time shows how facets of the character have inspired nerds throughout history. His obsession, style, and relationships can be seen in conventions and comic shops throughout the world in the form of collectors, cosplayers and many more.

In the recent pages of Snyder and Capullo’s ongoing BATMAN comic series, the character was killed and reborn in less than a year of stories. Fans are anxiously awaiting Bruce Wayne to take up the mantle of Batman once again and continue his endless war on crime in Gotham. Batman can’t escape death; his position in pop culture will hold yet he will adapt and change in the pages of BATMAN or onscreen in BATMAN V SUPERMAN: DAWN OF JUSTICE. Though nerds constantly look to the future, the character’s history is rich and entertaining, and we owe our culture and growth to the character’s past. Weldon knows this and he tells the story with pride. THE CAPED CRUSADE: BATMAN AND THE RISE OF NERD CULTURE is the book that Gotham City deserves, and I can’t recommend it enough.

LISTEN: Want to hear more from ComicsVerse? Check out our podcast on MONSTRESS?