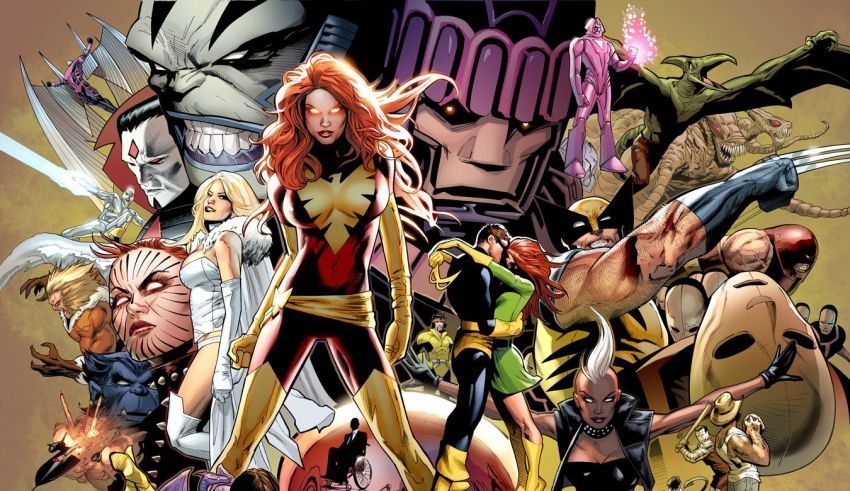 For years, the topic of gun control has been a national debate. Folks on either side of the issue have thrown insults and statistics at each other for years. It’s such a hot button issue that the mere mention of guns get people up in arms (literally). It’s the kind of issue that doesn’t have a necessarily clear answer either, as much as we’d like to think there might be. And as nuanced and charged as this debate may be, there’s a clear parallel to be found in the Marvel universe. The X-Men, in many ways, mirror this issue of gun control within the United States. Their unpredictability and variation among personalities makes the X-Men and their associated characters out as the perfect comparison points for the gun debate. Between their heroes, villains, and allies, the X-Men paint a picture of how nuanced mutant powers can be, just like guns.

The X-Men are unlike any group of heroes in the Marvel Universe. Born with their powers, all manifesting in different ways, the mutant people are outcasts. Many hate and fear mutants, while others see them as a hope for humanity. Wary of these issues, the brilliant mutant Professor X formed the X-Men, a team of mutants ready to save the world from other mutant threats. Professor X also founded Xavier’s School for Gifted Youngsters, as a haven for mutants to learn about their powers. Throughout the X-Men’s existence, they have been both hated and adored by the public. They have been persecuted, hunted, and faced genocide on multiple occasions. And while the X-Men are well-intentioned mutants, there are many who seek to take over the world, like Magneto. The world of mutants is a scary one, with fear, persecution, and misunderstanding at its core.

While this might not seem like the obvious gun control parallel, it actually makes sense. People, whether they have firearms or arms that shoot fire, have the capacity to kill. It’s a natural human reaction to be fearful of that power. And as people come to blows over what the answer is, it often divulges into chaos. The X-Men may be “good people,” but they can make mistakes, and people expect them to be held responsible. On the other hand, many people won’t even give the X-Men a chance to use their powers for good. And while the X-Men are born with their powers, as opposed to people who buy guns, you can’t say that everyone with powers or guns is the same. There is diversity in both communities, which is what makes it such a complicated issue to think about. With so much debate and anger surrounding mutant kind, the X-Men universe provides a fantastical view on a very real issue in modern American society.

LISTEN: How do the X-Men reflect American culture and society as a whole? Check out the Comicsverse Podcast Ep 76 – X-Men “The Dream!”

The biggest antagonists in the Marvel mutant world are traditionally the Brotherhood of Evil Mutants. Headed by Magneto, the group seeks to destroy humans and take over the world. This stokes the fires of mutant hate within the X-Men universe, and this fear mirrors the fear of gun violence many have in reality. This idea of an individual attempting to eradicate a specific group of people rings eerily true to the recent Orlando night club mass shooting. This horrific attack was carried out by a man whose killing spree was motivated by the fact that the club’s clientele were primarily homosexuals. In this instance, the Brotherhood trying to wipe out humankind is a despicable parallel to this shooter.

Just as the Brotherhood will mount huge attacks on mankind, many fear that those with guns—like the Orlando shooter—have enough deadly firepower at their fingertips to do the same in our reality. This fear of people with powers, coupled with bad intentions, is what makes the prospect of mutants and weapons so horrifying. When you have that much power over the average human being, it seems all to easy to use it for evil.

On the other hand, you also have various government initiatives to take down mutants. We often hear many gun advocates voice their fears of President Barack Obama taking all the guns. This fear-fueled image of President Obama is seen in the X-Men universe, in the character of Dr. Bolivar Trask. Dr. Trask is the creator of the Sentinel robots, designed for hunting down & destroying mutants. The X-Men will often fight the Sentinel robots, either because Dr. Trask has beef with the team, or because the robots are taken over by another sinister force. Oftentimes, the measures used to take down mutants are turned around on the villains, proving to be just as bad. This side of the X-Men universe reflects the idea that, potentially, trying to take away all guns would only make the situation worse.

One thing that is essential to the understanding of gun violence is motive. It’s the scary thought about what might fuel a person to do such a horrible act. For instance, in regards to the horrifying Columbine High School Massacre, the two teenagers responsible cited bullying as a motive for the shooting. For a parallel in the X-Men universe, many villainous mutants become evil due to persecution. Magneto, for instance, was a Holocaust survivor, angry at humans for their hatred of different people. While these people all suffered discrimination, they took it to horrifying extremes, using either guns or mutant powers to commit atrocious acts.

READ: How do the X-Men films make us reflect upon the tragic 9/11 attacks? Read more about contextualizing X2: X-Men United in a post-9/11 world here!

So in this world of constant gun violence, who is to say which side is in the right? The X-Men have fought on both sides of the issue, taking down those who want an all-mutant or all-human world. Both sides are taken to evil extremes in the X-Men universe, showing why this issue is so difficult to decipher. The Brotherhood of Mutants embodies the idea that everyone should be armed, but in order to accomplish this, they wish to kill all humans. Officials like Bolivar Trask seek to take down all mutants, but that involves killing those mutants who are heroes. This feeds into the fear that people who own guns for protection would be punished simply for owning guns. As many people believe that removing all guns would not curb gun violence, removing all guns may hurt those who own them purely for protection against criminals. Even in a world where both sides are clearly evil, which side is more evil?

The biggest disparity between the X-Men universe and the gun control debate is this concept of a “good guy.” The world of the X-Men have those heroes to rally behind as an example of how powers should be used. In our world, there isn’t a clear group or team that has guns and is a consistent force for good. You can make the case that police officers are close to this ideal, but they are by no means perfect. There are many recent cases that show how police can be biased, namely in issues regarding racism. Having these clear-cut heroes are a luxury only afforded in fiction. While the X-Men serve as the mutant moral compass, there is no clear moral high road for we, as humans with guns, can go down.

Therefore, the best thing for us humans to do is find our “X-Men” answer. In between the two problematic extremes of gun violence, there must be a third answer. Arming everyone in the populace will only give ammunition to both sides in an inevitable war. But trying to take all the guns away will yield a different war. A middle ground must be struck—like the proposal to ban assault rifles. There is no reason for average citizens to have access to weapons available to the elite army soldiers. Just like Jean Grey was corrupted by the extensive power of the Phoenix Force, giving this sort of massive power away is a recipe for disaster. The X-Men have the duality of gun control problems in their universe, but they do provide a hope. One can only hope that we, as a nation, can find a similar hope to rally behind.