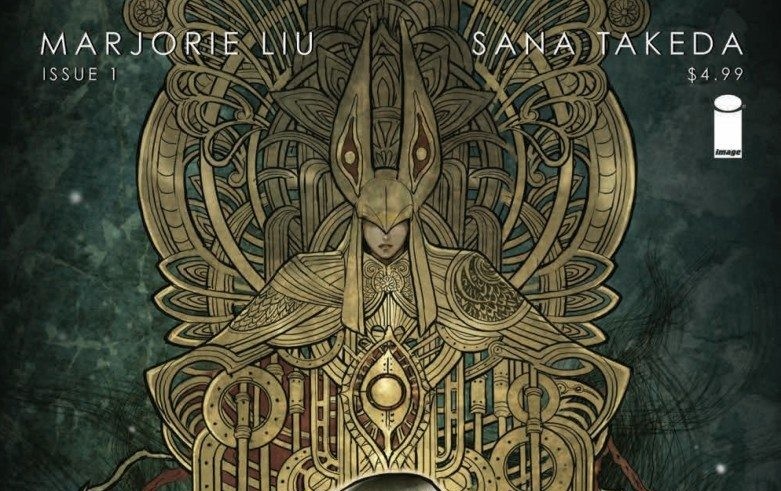 — Junot Díaz on race and representation in media

Is a monster a monster because it has always been or because it has only ever been told that’s what it can be? From vampires to werewolves to freaks and outcasts, we create monsters in the perpetual Other. The unknowable is terrifying– that is until you find yourself the one unknowable. Barbaric, savage, alien, monstrous are all words that have been used to strip entire communities of their humanity. Imperialist and colonialist forces have always deemed those they invaded to be less than human in order to justify the inhumane treatment they inflicted upon those they conquered. If you are told you are a monster long enough, you begin to believe it.

LISTEN: Other comics and graphic novels deal with Asian culture, we discuss that and more with AMERICAN BORN CHINESE and SUPERMAN writer – Gene Luen Yang.

Marjorie Liu’s MONSTRESS deals with the pain that results from the violence of dehumanization. It is a pain of self, but also a pain of memory and a pain of history. It is an ancestral pain carried through and borne by generations. My grandparents grew up during the Sino-Japanese war and suffered through the most intimate manifestation of imperialism imaginable. I am haunted by those ghosts. Growing up Asian in America, I have spent my life navigating the ruins imperialism leaves in its wake. This land is not ours. We are not welcome. We do not belong here. And yet, what we were forced to leave behind will never belong to us again either. With everything taken from you, what are you left with? MONSTRESS’s protagonist, Makai, grapples with surviving through that same absolute sense of loss: no home, no family, no history. But while MONSTRESS is a story about suffering, it is, at its very core, a story about healing. How do we live after trauma? How do we keep going when we have been left with nothing? For Makai, the answer is twofold. 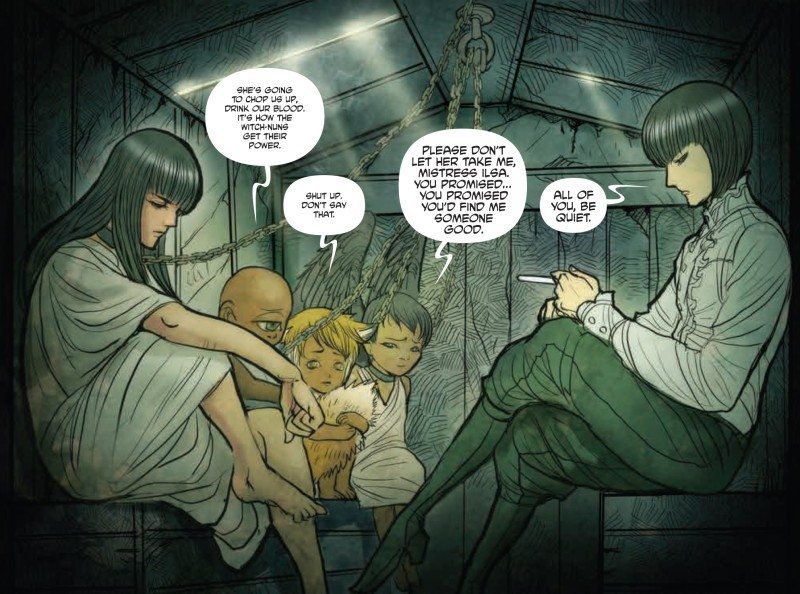 The first is a reclamation, a search for and statement of her own truth. She pursues her past to uncover what has been hidden under years of lies meant to fabricate an alternate reality that serves those in power. It is a pursuit I and every individual, whose history has been modified and commodified by carefully curated history books and racial projects, is familiar with. The second is community. Makai is no lone hero. She is always in the company of others– young women, young girls who offer her advice, seek to protect her or whom she protects. She is no gruff, scruffy white anti-hero who refuses help and companionship. When a frightened escapee tails her after she frees her fellow prisoners from their captors, Makai betrays no reluctance or frustration, but instead tells her to pick up weapons and follow.

When you live in a world that denies you your full sense of self, every breath that you take is resistance. Every statement of “here I stand” and “here I am” is an act of combat, but the power of such a declaration only begins to make a difference when it evolves into “here We stand,” “here We are.” A monster with only herself to examine will only ever recognize herself as a monster. But what happens when a monster meets another? Recognition makes the unknowable knowable, and a life spent hating what you always thought you were becomes a life of healing and fighting for a future you thought you could never have. Marjorie Liu, MONSTRESS, and Makai offers that spark of recognition, and if such a spark can be lit in even one young Asian-American girl/monster, it will have made all the difference.