Do you think A-FORCE when you hear the words “Feminist Paradise?” 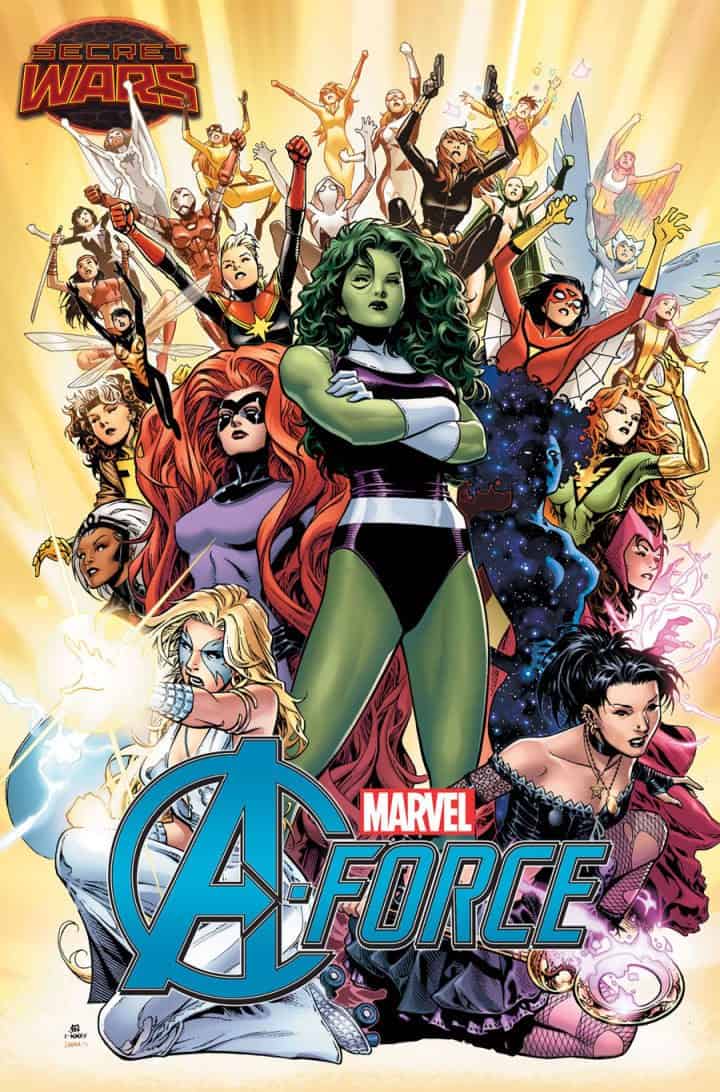 When I hear the words “feminist paradise,” I imagine that’s where I can read a comic like A-FORCE. I think of a world that does not discriminate or sexualize women. I think of a world with equal pay and equal rights. Jill Lepore of The New York Times writes about Marvel’s new comic “A-Force” in a way that sexualizes the women on the cover shown above. She states that they all “look like pornstars” and are all “big breasted and tiny waisted.” Maybe they do have big breasts and tiny waists, but they own it! They do not care what others think of them, and that’s the way it should be. The women of A-FORCE shouldn’t be afraid to go out into the world as exactly who they are.

Generally in comics, female representation does not reach the same magnitude as men. A-FORCE empowers girls and women. We are not represented equally, and it’s about time women come forth as the superheroes they are.

Lepore, in her article, compared the cover of A-FORCE to Playboy. It’s absurd to think about these women sexually when She-Hulk, for example, occupies the space a man would on the A-FORCE cover. Her arms crossed over her torso and her legs spread apart connote a stance of dominance, a trait customarily male characters on comic covers inhabit. The rest of the women, with the exception of Dazzler, have clothes covering their bodies. Their shapes are exaggerated but barely any skin shows at all. Most of these women are not even shown fully. The women in the back are covered by the title A-FORCE, and their features are hardly seen. She-Hulk is the only woman shown in full. 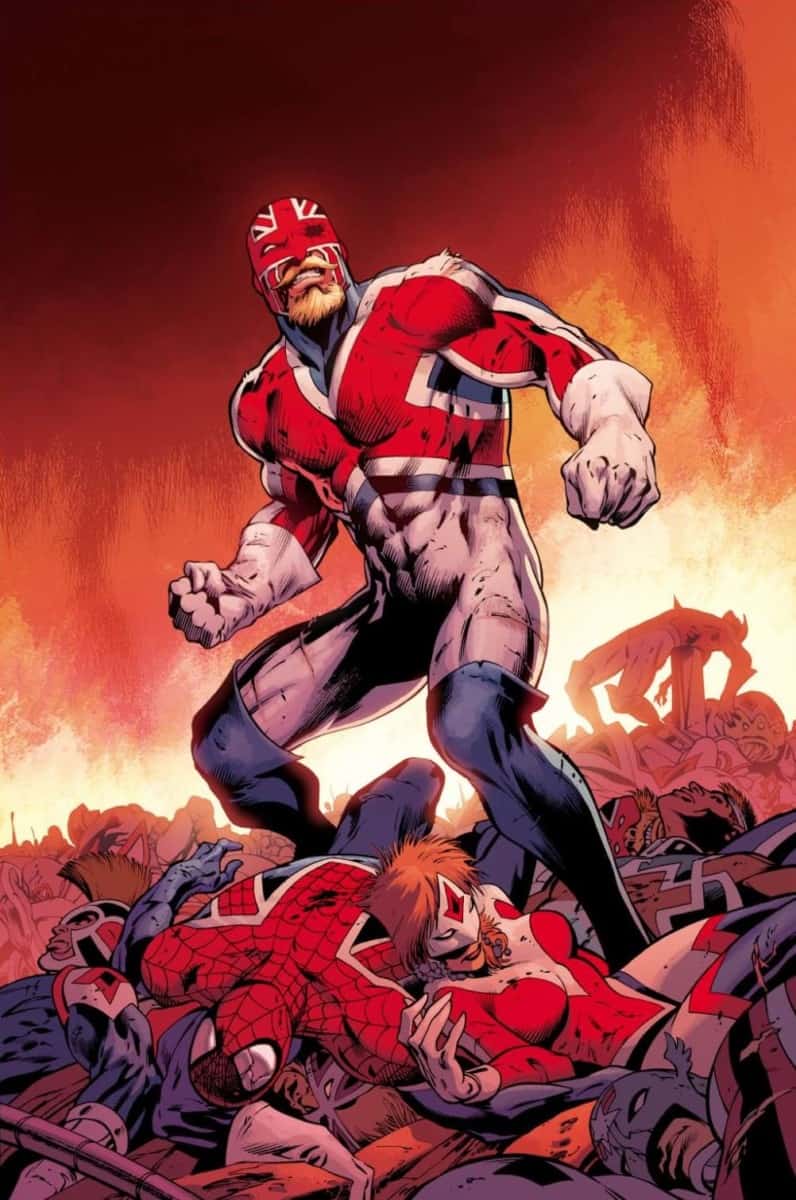 Does A-FORCE Reinforce a Double Standard or Shatter It?

Lepore is contributing to the double standard. The majority of male superheroes have incredibly muscular bodies and handsome face. Every woman wants these men, and they always have a Damsel in Distress to save. Nothing is wrong with Superman wearing a tight fitting suit but when a woman has a leotard, then it’s the end of the world. It comes across as women not being able to take care of themselves. Is that better then women joining together to save the world? These women have amazing bodies, and their costumes show them off just as a male costumes do. It is not pornographic but empowering. It brings many women self confidence by showing these characters’ self confidence!

G. Willow Wilson, the series’ writer, wrote a post in response. She writes:

“You are not meant to say the words “feminist paradise” with an entirely straight face. We, the creators and editors (three women and a gay dude, by the way) are aware that the characters in A FORCE come from a bewildering mashup of genres and mythologies and time periods. That’s the whole point. A FORCE comes out of a very specific conversation about gender in comics that has been evolving rapidly in the past few years, driven as much by fandom as it is by creators and editors. Across the industry, we have been systematically un-fridging (I’ll let Dr. Lepore google that one) female characters who may have gotten short shrift in the past, looking at their backstories, and discovering, as a community, what has been left unsaid. And in A FORCE, we’ve put them all together–for the first time.”

Even from learning who the creators and editors are, we see that this is a liberal Feminist comic. It fights against the stereotype of women in Action/Adventure genre’s being unskilled and vulnerable. Gender is being brought into Comics and it is a way to build girls self confidence as they are growing up. It is a way to let women know that they should be proud to be women.

A-FORCE features Women at the Forefront.

A-FORCE gathers female superheroes in order for the audience to discover more about them. Many backstories, such as Black Widow’s, were ignored or barely told. There has been a lot of controversy, especially when talking about AVENGERS: AGE OF ULTRON, because the women are just as important as the men, but the media does not portray it that way. Men have their whole lives explained in flashbacks, their own personal movies and comics while women are left in the dust. A-FORCE is the comic that empowers women and tells girls they are important and can do whatever they put their minds to.

READ: A-FORCE #1 Review! Is it everything I think it is? 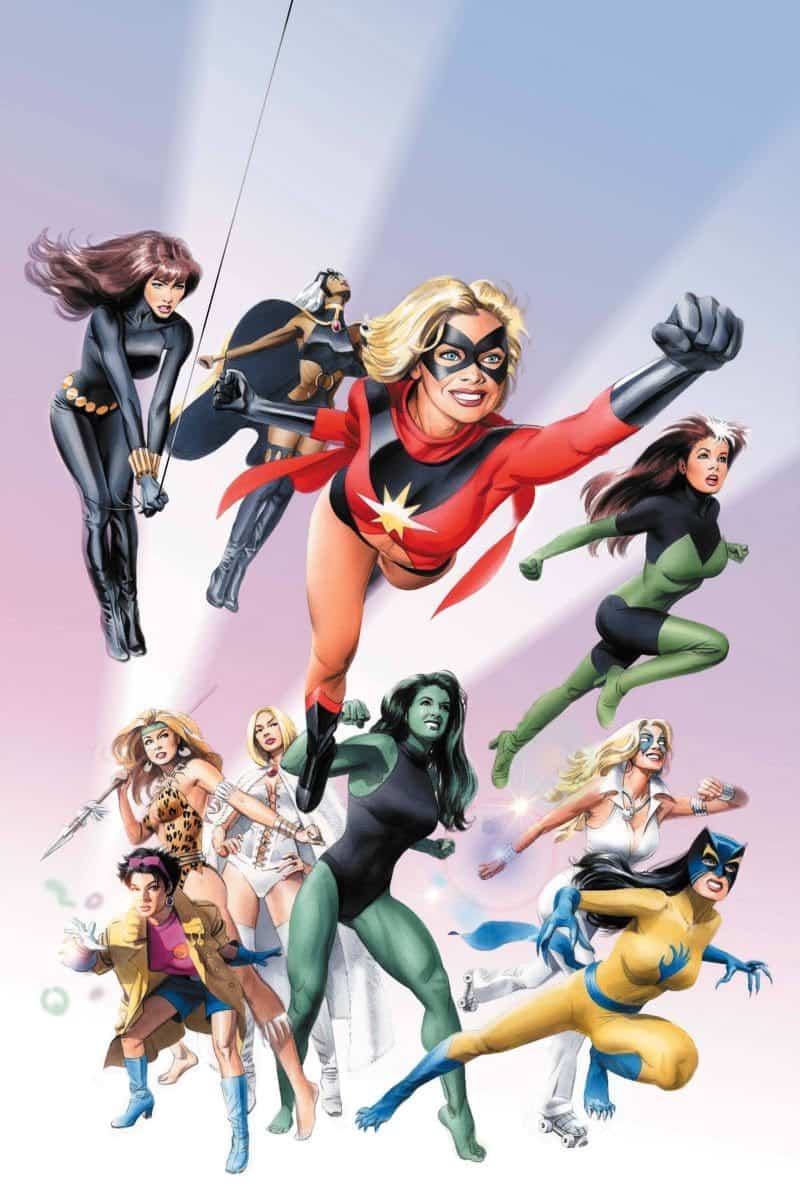