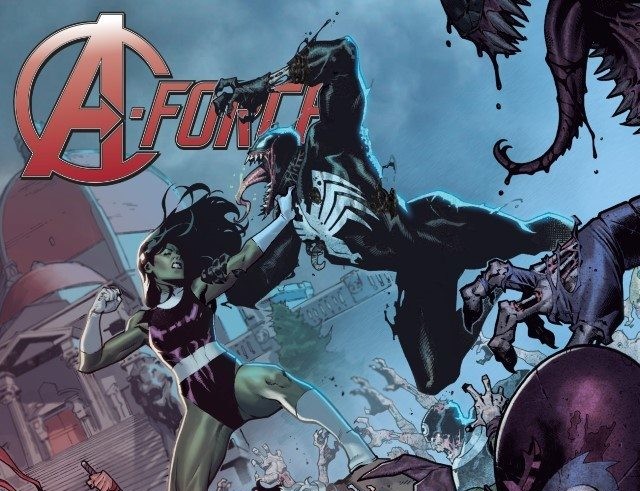 A-FORCE #5 is finally here, and it signifies the end of this particular arc in Secret Wars, even though we know that the series will continue after this event.. Anyway, we’re in the middle of an epic battle of heroines versus zombies, so let’s see how this all plays out, shall we? 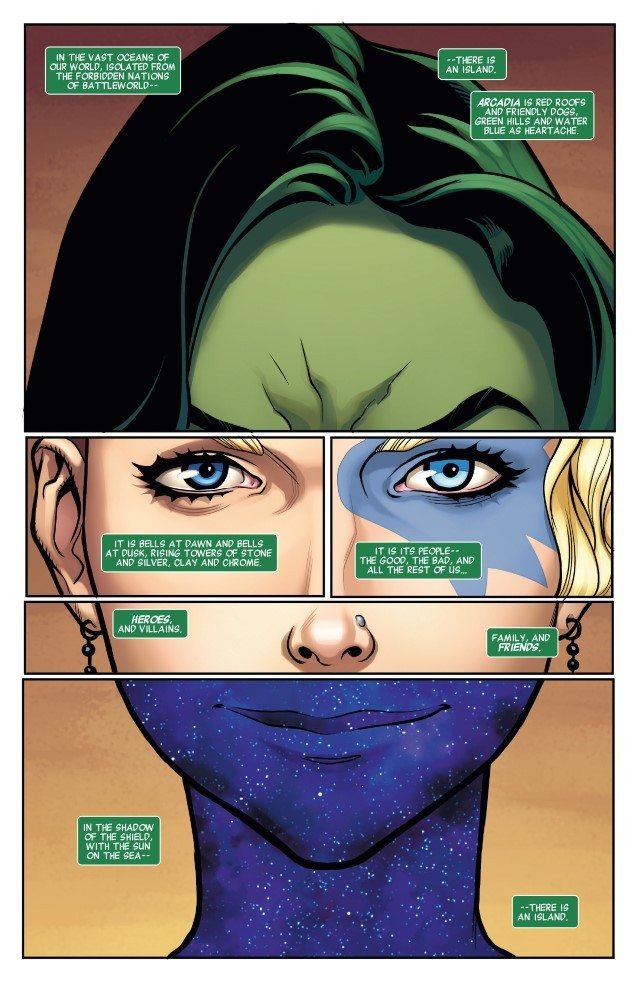 A-FORCE #5 picks off with She-Hulk’s voiceover about the state of Arcadia and the mess that they have gotten themselves into over the last four issue run, which leads into a rousing call to war that she delivers to all of Arcadia’s residents. The battle begins with many fun looks at most of the major superheroines within Marvel’s universe. Everyone gets their due and our mystery girl is finally given a name, (Spoiler Alert?) Singularity. In the end, she Jean-Grey-style sacrifices herself and Arcadia and A-Force plan a better for future for their island that is closer to the utopia Arcadia was supposed to represent. 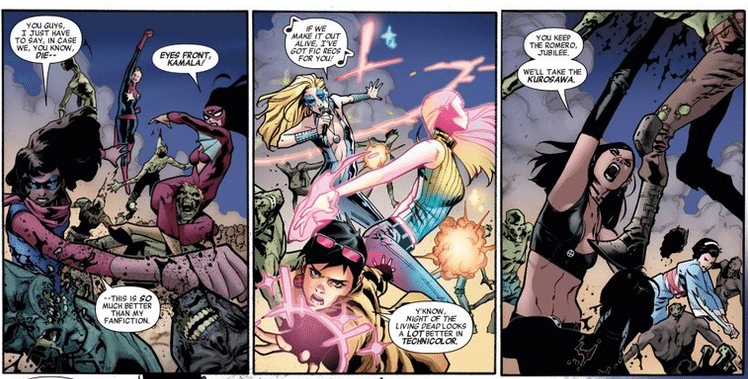 A-FORCE has certainly been an interesting run that has not gone exactly in the direction I expected, but I am going to begin by analyzing just this finale. I have said over the past few months that I have been constantly let down by every issue since the first one. While the first issue was super fun and inspirational, the subsequent ones never quite reached that high again. I have to say that out of the last four issues, this fifth one gets very close for me. The inclusion of all of the superheroines, including some of the ones that Marguerite Bennet and G. Willow Wilson are known for, adds a lot of fun to the issue and seems like a PSA for the awesomeness of each individual hero. I have not read many of the comics that focus upon a lot of these females and these interactions convinced me that I need to look into them all the minute I get a free feminist second. 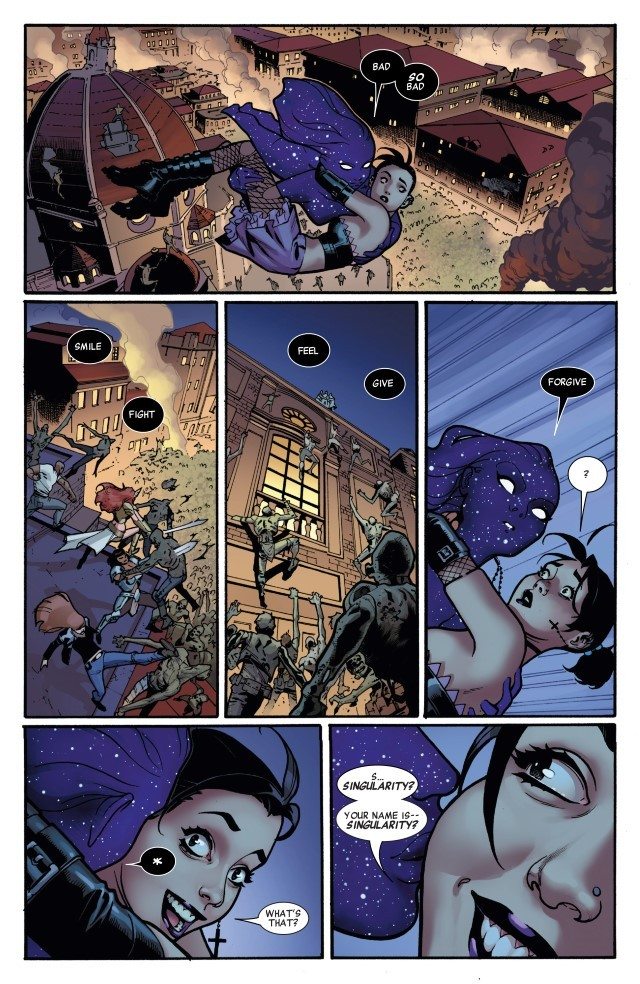 READ: MCU is blowing up with new shows and we learned lots of new things at their panel. Find out 5 of the best things we learned!

In addition, this issue, while occasionally becoming cheesy, ultimately rang true for me because it gave the entire arc a super strong and empowering feminist message (Brian refers to me as the feminist correspondent for ComicsVerse so if you’re surprised that I picked up this then you clearly don’t know anything about me or ComicsVerse). While I don’t think that I am the only one that was a little surprised that they treated Singularity’s name reveal like it wasn’t a reveal, in a few interviews the creators have already used her name, what I really loved about her arc is that she is a metaphor for the reader. She has, of course, behaved like a child throughout all of the issues and once she is “gone” in the final pages, She-Hulk says something that I think explains exactly what this arc was trying to do, and, hopefully, they will continue to do throughout the post-Secret Wars arcs: inspire young girls to be superheroines in their own lives. 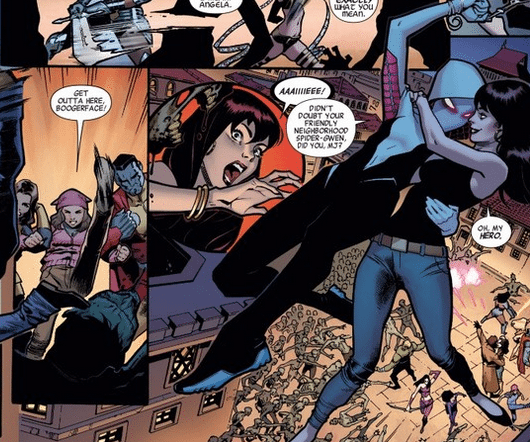 And I will be the first to admit that this is cheesy and kind of clunky and preachy, but I am never going to pull anyone down for trying to inspire young girls to have confidence in themselves, and between all of the heroes that we are presented with there has to be at least one heroine here that inspires. In addition, the way the art is done in this issue is truly amazing. Jorge Molina covers a million different superheroines and does all of them justice. There are tons of awesomely constructed panels with actions occurring throughout the entire frame, and I dare you to not be impressed. If you read this comic and didn’t get happy to see at least a few of your female characters kicking ass then you might want to check that you haven’t left your soul at home.

On the whole, A-FORCE, as I have admitted previously, didn’t live up to the hype, but that doesn’t mean this series didn’t have noble goals and that doesn’t mean that they won’t work out the kinks for the new arc that are going to start in All-New All-Different Marvel. Overall, A-FORCE ain’t perfect, but it has noble goals and a strong heart that you have to admire at the end of the day.