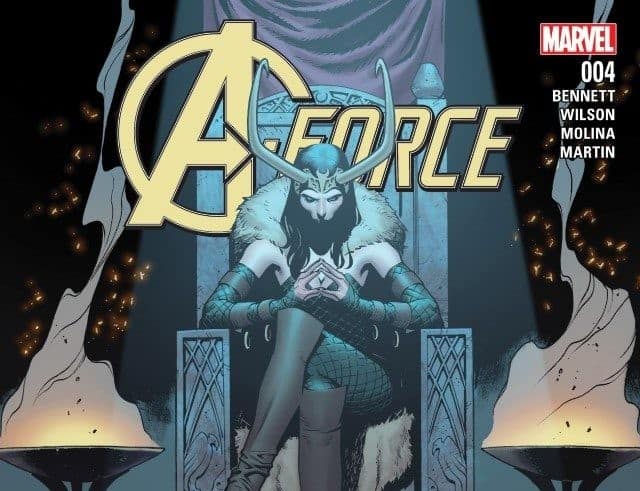 A-FORCE #4 is here, and now that A-Force has been ousted from Arcadia there are a lot of questions that need to be answered. Does this issue answer them well? On the whole, it’s okay.

The comic begins with the ladies of A-Force hiding outside of Arcadia. There is a super cute moment with their new friend, the singularity, before we cut back to Loki inside the city. She is meeting with Gamora when A-Force barges in and stops Loki’s rule. An epic battle ensues with She-Hulk, Captain Marvel, Dazzler, and Sister Grimm all getting a few punches in. Ultimately, I bet you can guess who gets the upper hand before Loki reveals the real fact that supposedly pushed her over the edge.

READ: If you’re really into feminist comics, check out our review of the latest issue of BITCH PLANET! Trust me, It’s a tear jerker. 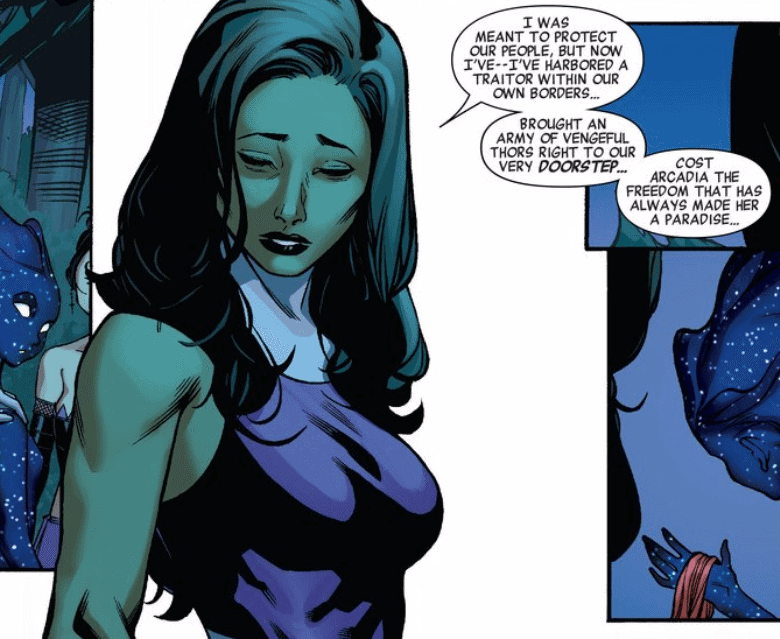 I have to admit that even though I really truly loved the first issue of A-FORCE, all of the issues since them have left me rather lukewarm. There are definitely some good parts. Sister Grimm’s confrontation with Loki was a high point of this issue, but for some reason I have a very hard time really relating to her struggle or caring. I understand fairly well from the previous issues that She-Hulk feels a lot of regret over her inability to protect America from Doom’s wrath, but it feels like her regret is being said and never shown. It has reached an operatic level that doesn’t quite work for me. There were some other points that worked well for me, but were sadly invalidated later on in a way that I didn’t like. For example, Loki basically tells She-Hulk that the reason she had tried to take over is because She-Hulk lost America. She was too afraid to stand up to Doom. That is a very interesting motivation. However, later on Nico says that the portals started to appear before America was lost, proving that Loki had always been planning this. 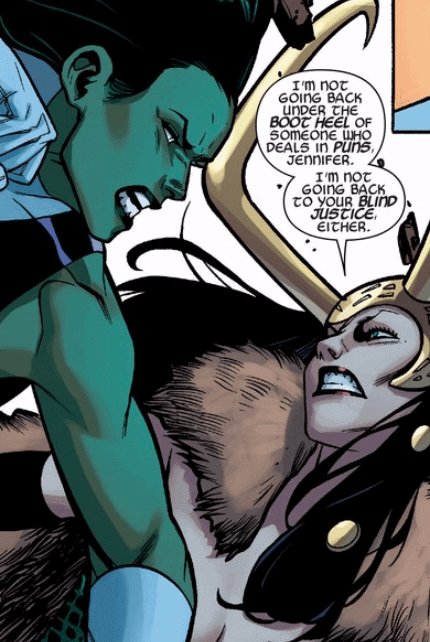 LISTEN: We’ve done over 50 podcasts, and here is another one! Check out our interview with artist Danielle Otrakji!

Overall, this turn around explains pretty well how I feel about this issue. There are some very promising moments, but they are ultimately turned around at the end. With the good comes some bad. It’s a wash. The same applies to the art of this issue. I love the costumes and the character design, but occasionally the panels feel kind of flat. They don’t feel fluid and action packed all of the time, even though Dazzlers panels are always on point. (I want more Dazzler, Damnit!) However, I would like to point out once again that I am happy that the women dominate all types of characters in this narrative. They are the heroes, and the villains. That’s sick, and exactly what a feminist story should do. Give us a diverse array of female characters to watch and relate to so A++ to that. 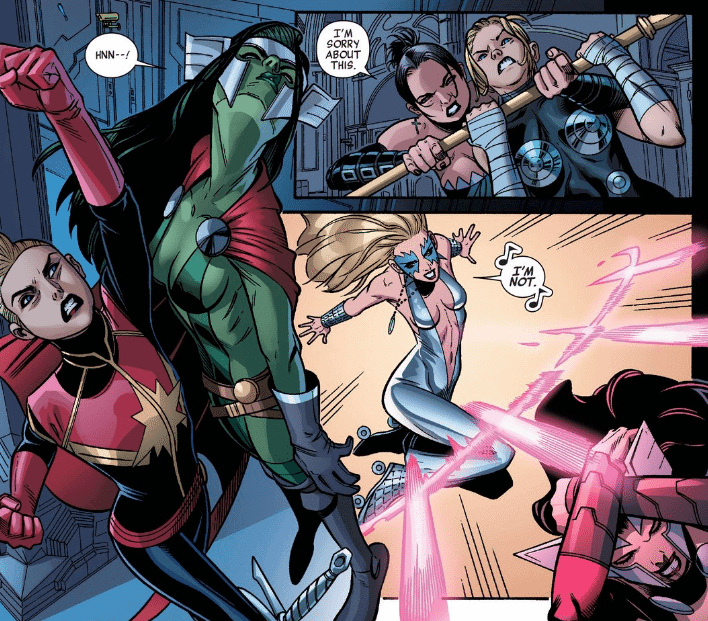 Basically, I had a higher expectation for this issue, but it is not a waste of time. There are some good moments, and the ending of this issue set-ups a scenario much more like the first issue that I loved. Therefore, I believe in a better and brighter future for Arcadia and A-FORCE when the final issue of this run comes out!