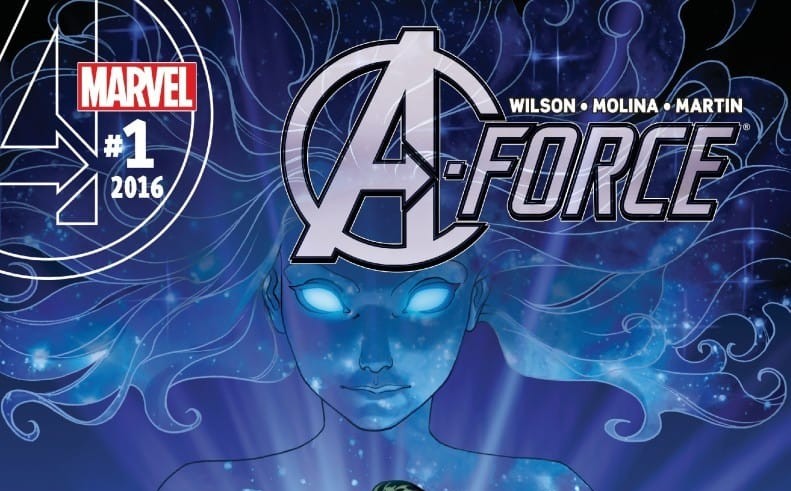 A-FORCE is back in another A-FORCE #1, but all is not right with the world. With the team splintered across the universe and Singularity running around in it will our fearless females be able to team-up? Let’s find out, shall we?

The issue leaves off after the complete destruction that A-FORCE ended with, and Singularity is now floating around in space with only the memories of her friends and the meaningful lessons they gave her. Her walk down memory lane is interrupted, however, when she finds Carol, but Carol doesn’t remember her at all, and there seems to be an evil red monster on their tale that siphons energy from Singularity. 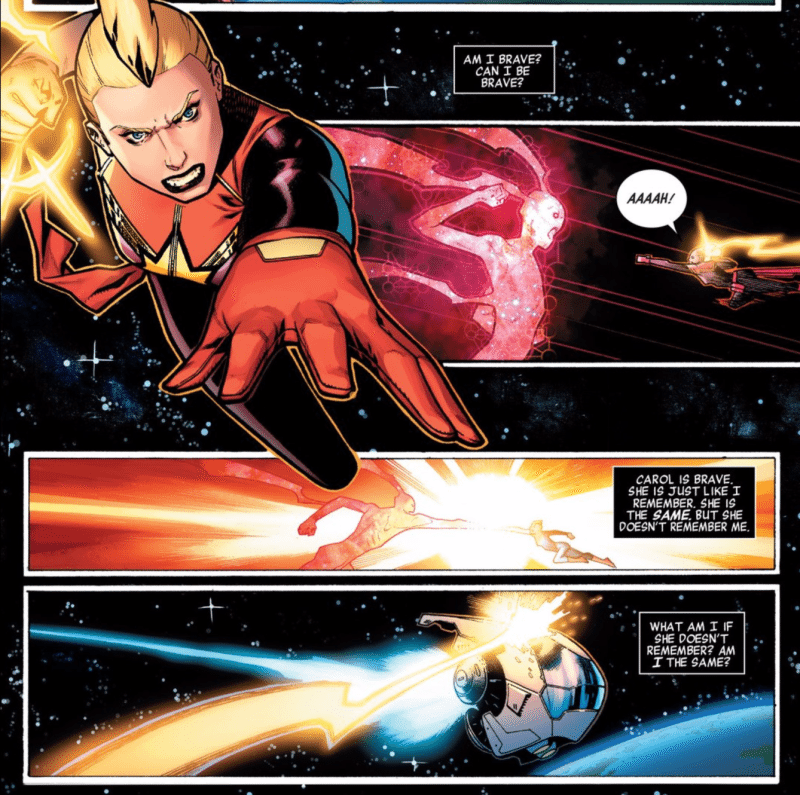 That’s the long and short of it, in this very small issue, but just because it is short doesn’t mean that there isn’t anything to love in this small introduction. In contrast to the over-the-top beginning of the Secret Wars tie-in this summer, A-FORCE #1 begins with a smaller story. The story of Singularity’s loneliness and isolation, which is quite heartbreaking. Her realization that the friends that taught her so much do not know her is displayed beautifully in the art and her internal monologue. Her thought, “What am I if she doesn’t remember? Am I the same?” is a simultaneously sad and profound thought and an excellent one for a young character like Singularity.

It was also extremely gratifying to see the way that the different characters immediately respond to their interaction and introduction to Singularity. Carol is pragmatic, She-Hulk is protective, and Medusa is a wise leader. Of course, that doesn’t really explain all of how they react, but I think that it is very clear that their response to this new entity is extremely faithful to their characters, and I am very happy to see that the book has such a strong sense of each of them as we go into the first arc. This characterization is helped by Jorge Molina’s beautiful art as it always was during its short first run. Singularity is vulnerable and young without being weak, and I understand her character just as well from her body language as I do from her dialogue and thoughts. 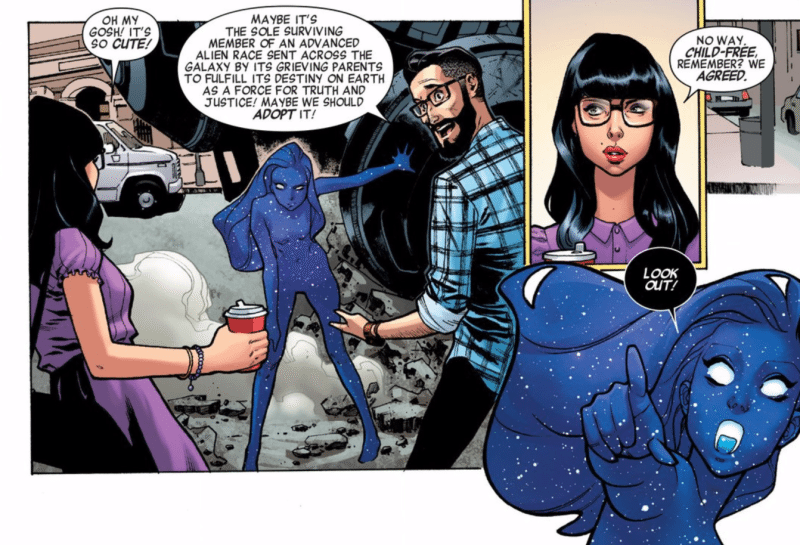 As for what didn’t work, the main problem is that the issue is very short and that the antagonist is not very menacing. It is meaningful that the red beast seems to take energy from Singularity, but that is currently still a mystery. Therefore, while is seems clear that the beast is representative of Singularity’s isolation, it is not really brought home in this issue as a theme – although I am certain that it will be made clearer in the issues that follow. This is related to another problem with this issue. The plot is very thin, and it ends on a small cliffhanger. This is probably because this issue is mainly set-up, but it would have nice to get a solid small story while giving exposition for the big arc.

Overall, this issue is little, but the character beats make it an emotional and pleasant experience. It’s not earth-shattering, but if you like a good character with good art then A-FORCE #1 is more than enough to suffice!