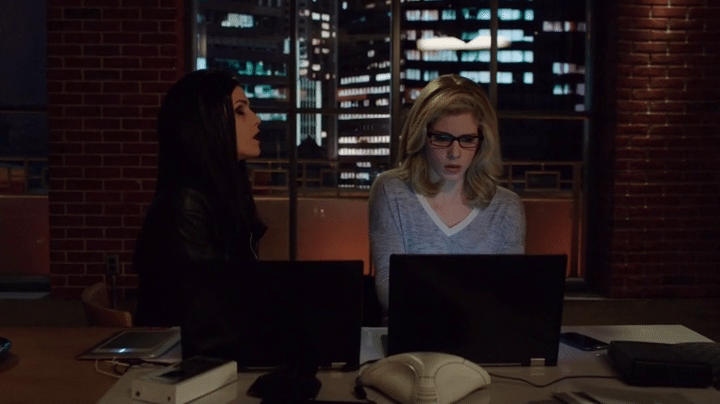 In the eleventh episode of its fourth season, ARROW takes a break from it’s on-going storyline to deliver an explosive one-off adventure. However, it’s a character driven B-Story that steals the show this week.

As always, be wary of some spoilers.

“A.W.O.L.” begins with John Diggle and Lyla witnessing one of the latter’s old ARGUS colleagues being abducted while they’re out on a date. After the agent is found dead, the Diggles (and the rest of Team Arrow) are dragged into the ARGUS investigation that he was spearheading. After learning that said investigation focused on a corrupt military unit the two were familiar with in Afghanistan, John asks his still imprisoned brother Andy for help. Meanwhile, Felicity is still adapting to her new wheelchair-bound life. Initially she’s wary of returning to working with Team Arrow, instead choosing to hole up in her and Ollie’s apartment. Her depression, combined with the heavy painkillers she’s on, leads to Felicity speaking to her own subconscious, which takes the form of  hallucination of herself as a gothic-attired college student (as seen in flashbacks in previous seasons). The two stories intertwine when ARGUS headquarters is overtaken by Shadow Spyre with John, Lyla, and Andy inside. Felicity overcomes her demons enough to hack into the ARGUS systems and allow Team Arrow to launch a rescue mission. The emotionally reunited Diggle brothers, along with Green Arrow, are able to retake the facility but not before a surprising character pays the ultimate price.

READ: Need to catch up ARROW? Check out our previous reviews of season four! 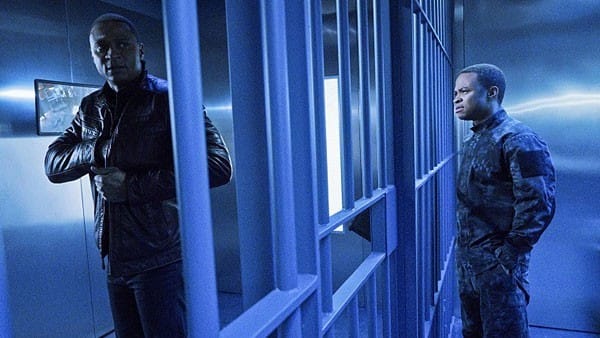 READ: Have you checked out the latest DC CW series? Check out our LEGENDS OF TOMORROW reviews here!

A.W.O.L. is an interesting, almost throwback ARROW episode that harkens back to the more one-off nature of the first season. Outside of a few cursory mentions, the Damien Darhk/HIVE ongoing storyline is almost completely ignored. Instead, the episode brings back Amanda Waller and ARGUS for the first time this season and uses them to finally end the conflict between the Diggle brothers, which works quite well thematically due to how intrinsically tied the organization has been to John’s character development throughout the series. That said, the emotional payoff between the brothers is really the only worthwhile thing about this storyline. The Shadow Spyre villains motivations are never clearly defined, and they never seem like a real threat. In addition, the death of (SPOILER REDACTED) doesn’t feel fulfilling. It’s brushed aside so quickly that one can’t help but think that the either the character is somehow coming back or their death is a total waste.

READ: Don’t forget about the Scarlett Speedster. Check out our reviews of THE FLASH here!

While the ARGUS A-Story left something to be desired, the episode is completely saved by the Felicity storyline. While Felicity feeling useless after ending up in a wheelchair could feel like a cliche storyline, the device of Felicity speaking to an earlier version of herself is inspired. First of all, since we’ve already met Felicty’s college/gothic/hacker persona during earlier seasons it didn’t feel like a cheat. Secondly, it gave Felicity agency in the story that she’s been sorely lacking since her and Ollie became a couple. While I’m still a fan of them as a couple, it was a nice change to see Felicity dealing with her issues on her own instead of through her relationship. 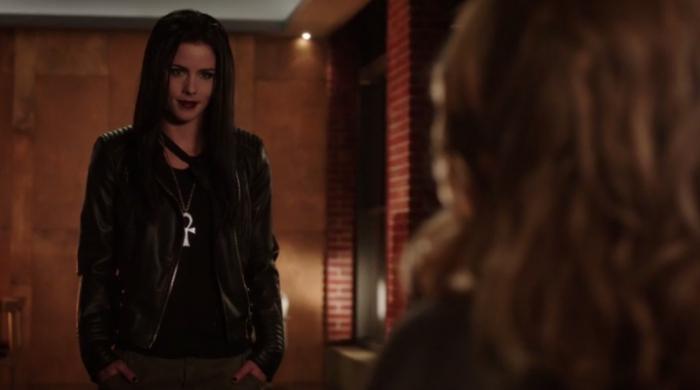 After establishing how much I enjoyed the Felicity arc, it should probably come as no surprise that my Acting MVP Award for this week goes to Emily Bett Rickards. She essentially charged with playing two characters this week, and knocks both out of the park. She gives her most nuanced performance as Felicity in a long time. She does a real job of conveying the genuine fear of never walking again, while not giving into to the maudlin cliches that such storylines can sometimes lead to. Rickards also shines as hallucination Felicity, seemingly relishing the chance to once again vamp it up as the dark-haired, angry at the world younger version of the character she’s played for four years now. 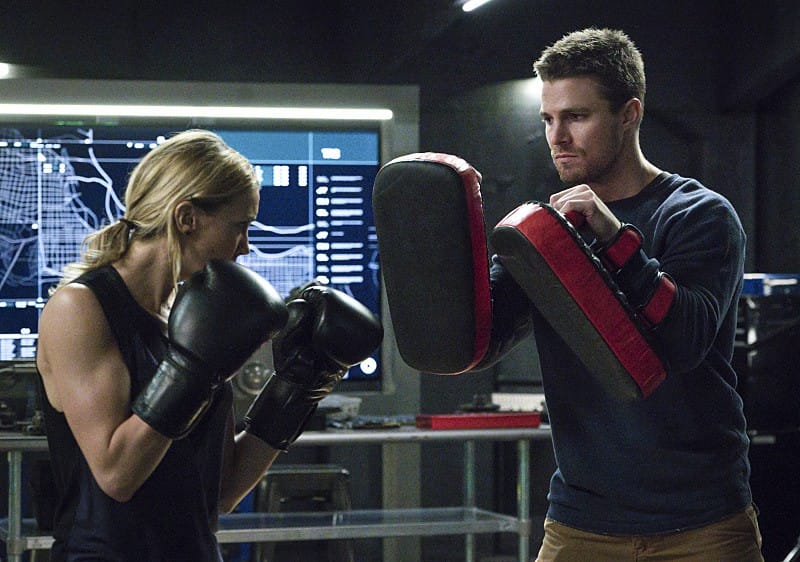 A.W.O.L. wasn’t the strongest entry in ARROW’s fourth season, as it’s admittedly emotionally satisfying A-Story wasn’t interesting enough to make up for the complete lack of forward momentum in the season’s arc. That said, the Felicity B-Story is one of the best the show has done all season, and alone makes this episode one I’d recommend heartily.