THE MIGHTY THOR #1 by Jason Aaron and Russell Dauterman 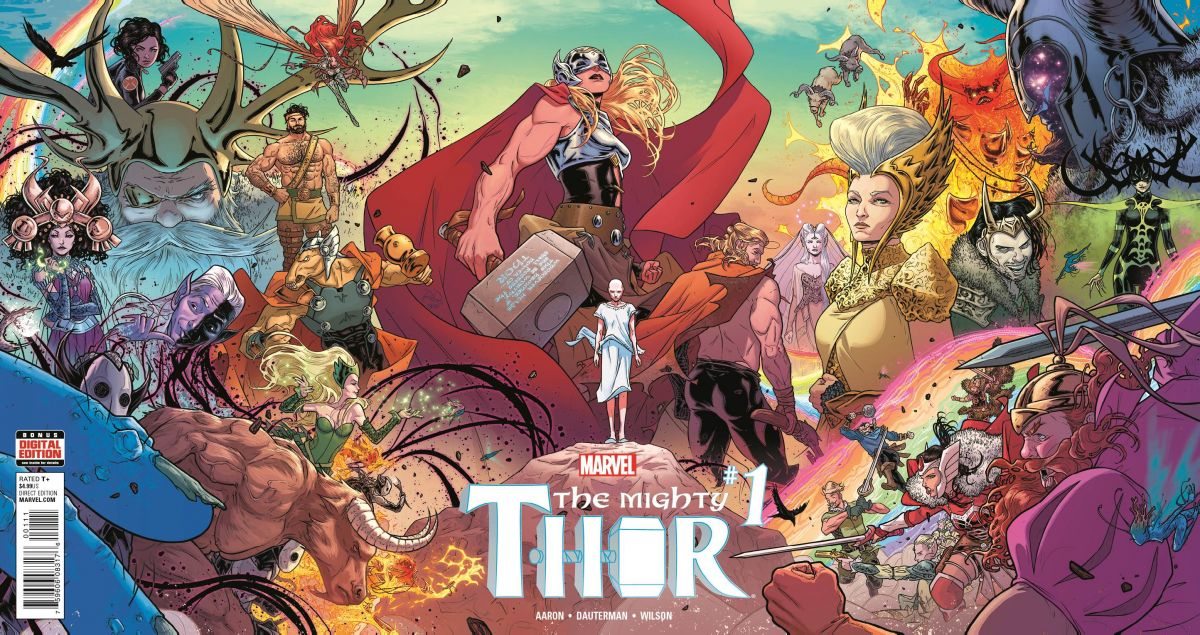 It’s no surprise that Jason Aaron knows a thing or two about Thor. In case anyone was not aware, I will say it now: Jason Aaron knows what he is doing with Thor! The second time out for Jane Foster as Thor promised just as much awesomeness. However, THE MIGHTY THOR #1 gave us more than we bargained for.

The idea her being Thor slowly kills Jane each time she transforms reveals a burden she holds as Thor. Moreso while simultaneously proving exactly why the hammer chose her. She exudes selflessness. She became a hero, and Aaron demonstrates this well to the reader.

Now it’s time to turn our attention to the other star of this issue, Russell Dauterman. All I have to say is that his art is definitely magic. The sparks literally fly off of the page. Thor’s hair beautifully moves deserves appreciation at all times.

Outside of all of these things is the fact that this issue represents an amazing continuation in the world of Thor. THE VIEW announced headlines news when Thor revealed herself female. However, once the shock and awe wore off what mattered was: is this a good story? I think Aaron successfully created more than ample reason for this change of pace. As each issue and each revelation appear, THE MIGHTY THOR and Jane Foster only endear themselves more to any reader. If you missed the previous THOR run, pick up THE MIGHTY THOR #1. She is worthy.