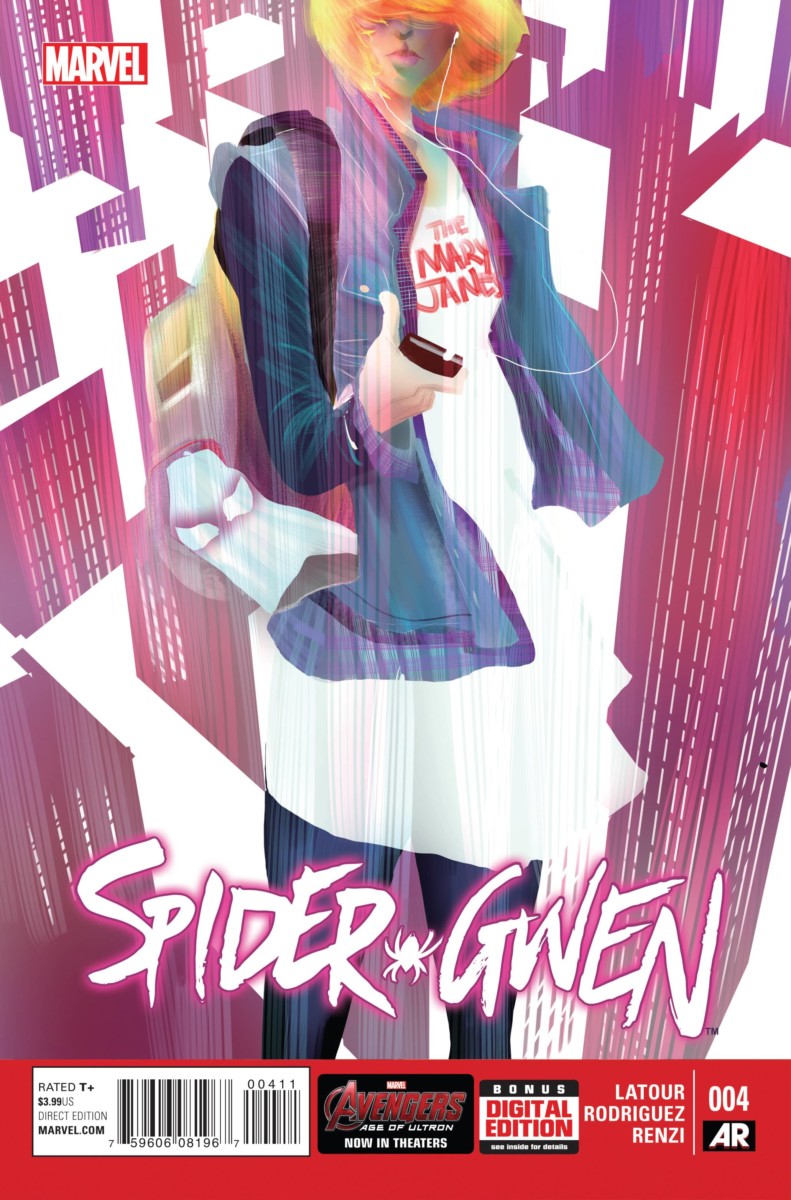 There’s no doubt that the hottest new character introduced by Marvel Comics in the last two years has been Spider-Gwen. Jason Latour and Robbi Rodriguez created and introduced the character during 20014’s SPIDER-VERSE event. She became an immediate sensation. The concept of an alternate-universe Gwen Stacy who avoided death and instead became Spider-Woman resonated with readers. The white-hooded costume designed by Rodriguez became a cosplay favorite after just one appearance. With all that going for the character, it only took a few months for Marvel Comics to launch a solo series for the character in February of 2015.

While the first three issues of SPIDER-GWEN felt high quality, the series hit its apex in its fourth installment. The issue takes a low-key, character-based approach to the story. Latour focuses on Gwen having a crisis of conscience about her career as Spider-Woman following events relating to her father. Unsure of what to do, Gwen goes to visit Ben and May Parker, aunt and uncle of Peter Parker, who in the SPIDER-GWEN universe had been Gwen’s best friend before turning himself into The Lizard and eventually dying in battle with Gwen.

Most of the issue features Ben and May, oblivious to what had really happened to their nephew, reminiscing about him with Gwen and initially blaming Spider-Woman for his death. The guilt that rips through her is palpable, but when Ben leaves May confesses that she doesn’t actually blame the hero for her nephew’s death and believes that Peter actually wanted to be like her. Her guilt alienated, Gwen decides to continue her vigilante career and rejoin her band, The Mary Janes.

Latour and Rodriguez create a masterful story in SPIDER-GWEN #4. The character work is top-notch throughout, and the scenes where Ben, May, and Gwen go through scrapbooks relating to Peter’s life and death are absolutely heart wrenching. This one is a must read.