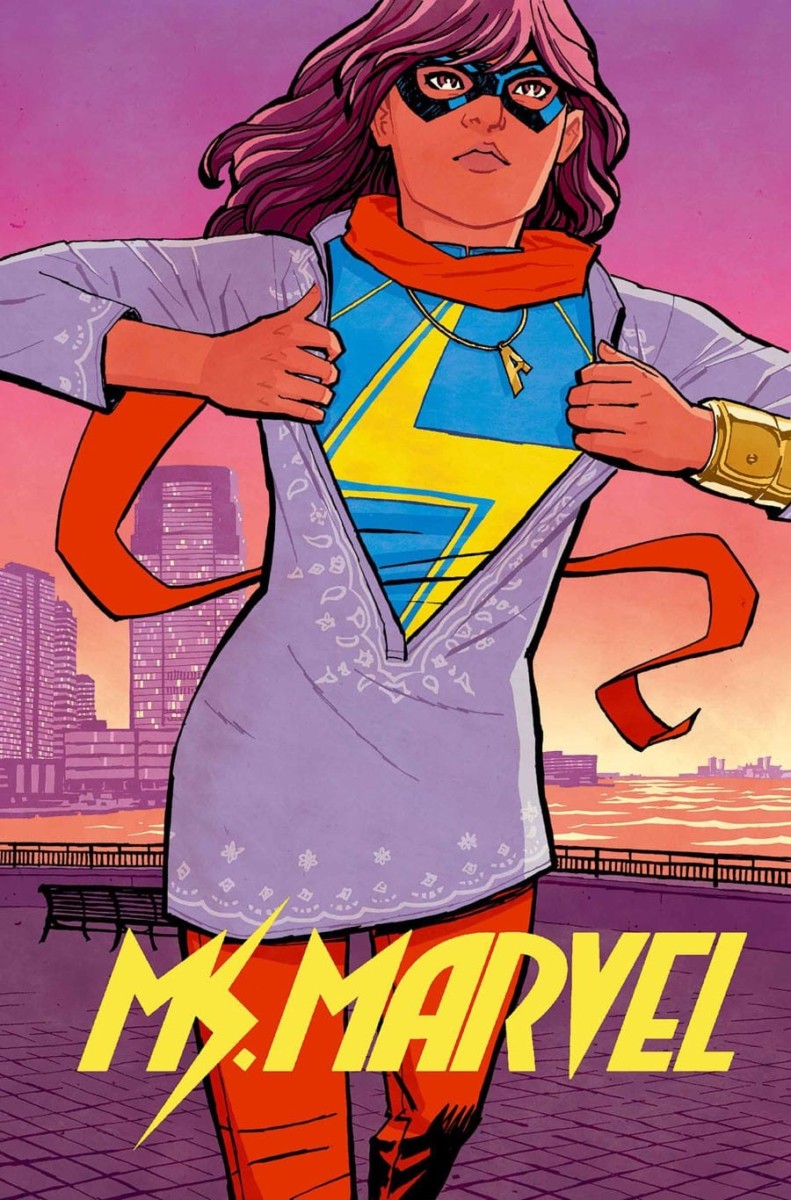 Few Marvel Comics series this decade have been as consistently good as G.Willow Wilson’s MS. MARVEL. Since it’s launch in early 2014, the book and its titular protagonist Kamala Khan have been some of the strongest weapons in the House of Ideas’ arsenal. The book barreled through the first half of 2015 at a breakneck pace, culminating in the “Last Days of Ms. Marvel” arc that tied into SECRET WARS and ended the first run of the series in its nineteenth issue. The series relaunched with a new number one in November as part of the All-New, All-Different Marvel initiative, the first issue of which was my favorite single issue of any on-going Marvel Comics book this year.

The issue divides itself into two distinct halves. The first begins several in-story months after the conclusion of MS. MARVEL #19 and immediately establishes the series’ new status quo. Ms. Marvel now serves as a member of the Avengers and finds her time for a personal life even more minimized. Meanwhile, her best friend/potential love interest Bruno moved into a relationship with a new character. The new character, Michaela, goes by the name Mike, much to Kamala’s chagrin. As if that wasn’t bad enough, a new real estate group is gentrifying Jersey City and using Ms. Marvel’s image in their advertising. The issue’s second-half uses flashback to tell the story of Bruno and Mike’s courtship, with Ms. Marvel’s superheroic exploits playing off in the distance in a cool and innovative twist.