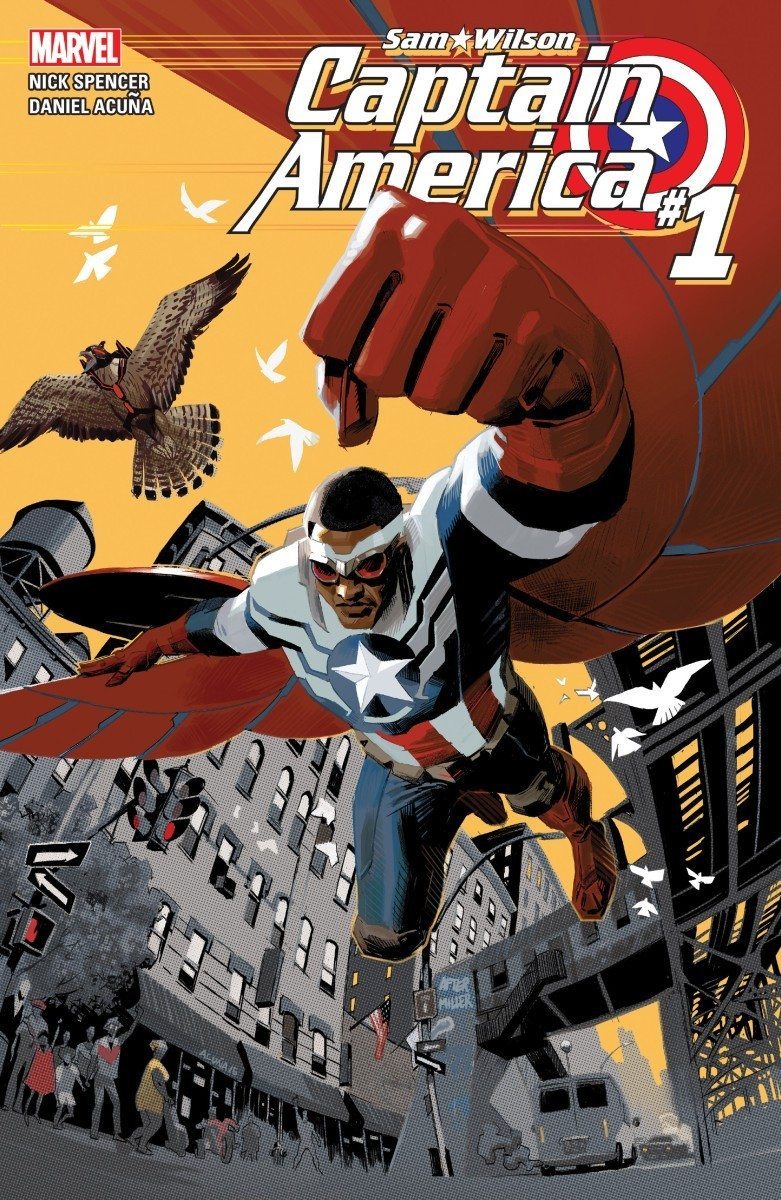 Yes, yes, we all know the controversy here. We all know the hype surrounding this and asked questions about where Captain America should stand on American politics in general. But what we forget is that we are talking about a Cap book! And Steve Rogers isn’t even Cap in it! It’s been a while since his adventures made us question where we stand in our own political thinking, and, whatever your leanings, this issue could not be ignored.

Nick Spencer is brave and bold in the new CAPTAIN AMERICA’s direction and makes no apologies for it. While Steve thought black and white, Sam’s leanings swamped themselves in gray, which makes for some interesting reading. It’s not the only reason to read the issue, as the character interactions between Sam and Misty Knight send sparks flying while the former Falcon starts to stand out from under Steve’s shadow. It is an intriguing character study mixed up in an action adventure mystery, with quips and humor that smooth over any bumpiness in the script.

While Spencer fights the good fight through his script, Daniel Acuña draws possibly one of the most beautiful books in Marvel Comics’ brand new relaunch (though Chris Bachalo on DR. STRANGE could give it a run for its money). His painted style gives everything a slightly grounded, real look, yet he uses stand out colors, which hint at the heightened adventurous world the Marvel Comics Universe is. Acuña captures the exact perfect moment of every pose and action the characters take in each panel and adds subtle humorous touches that give this issue a lot of its energy. Challenging, thought-provoking, sweet, honest, action-packed, funny, and with characters to root for, CAPTAIN AMERICA: SAM WILSON #1 is one of the best issues Marvel Comics gave us this year.

READ: Love issue 1? Get the low down on CAPTAIN AMERICA: SAM WILSON #2 here!