Marvel Comics has been killing it recently. Between the extremely successful Marvel Cinematic Universe and their charting-toping comics, there has been a lot of good coming out of this publisher. However, with Secret Wars relaunch and a million different comics, a lot of amazing stories in 2015 might have gotten lost or didn’t quite get their due. That’s why we got the entire ComicsVerse staff together asked them to rate their top Marvel comics of last year. These are the eight they picked beginning with… 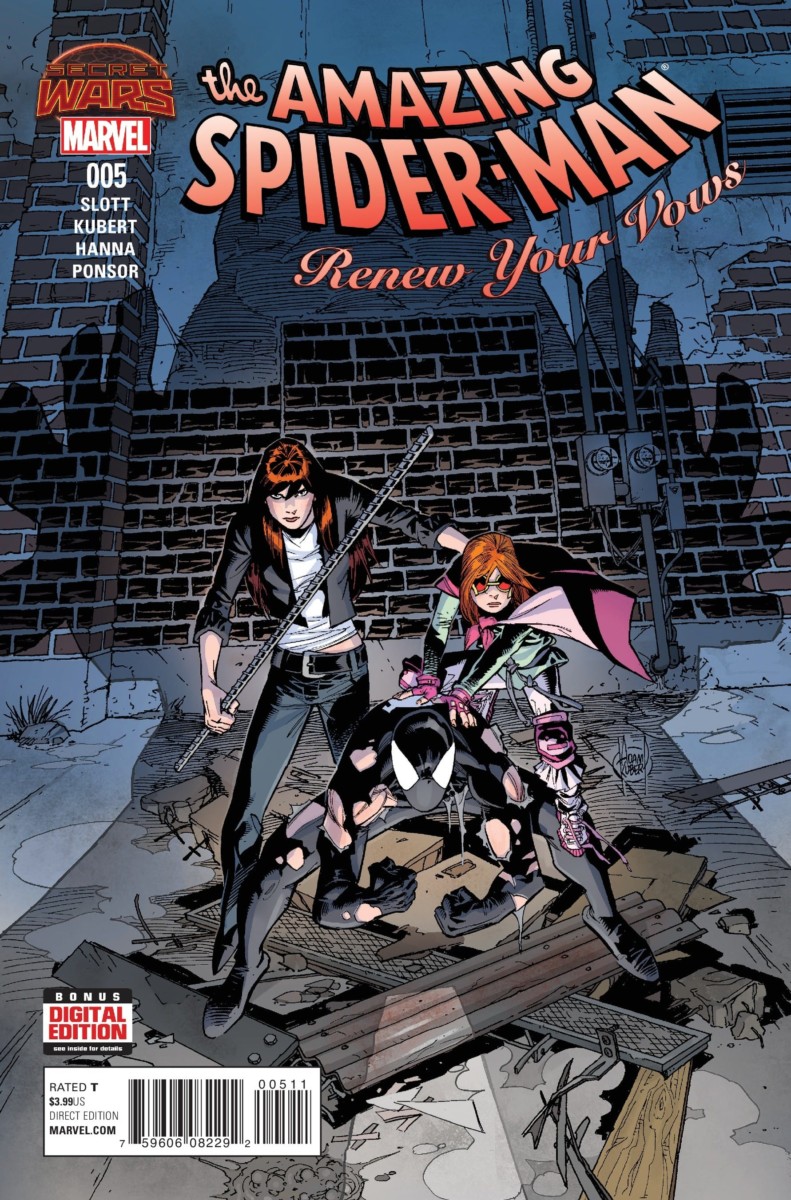 SECRET WARS brought with it a slew of mini-series that followed up on previous status quos in Marvel’s comics publishing history, but it also imagined alternate futures for some of its most popular characters. One of the best examples of this was AMAZING SPIDER-MAN: RENEW YOUR VOWS.

RENEW YOUR VOWS saw Peter Parker happily married with Mary Jane Watson and the two of them raising their child, Annie May Parker. Peter has hung up the webs ‘n’ tights for the family life and does his best to keep his head low and out of the superhero game. In his absence, a villain named Regent has taken out all but a few of the heroes in the Marvel Comics Universe and has taken their powers for his own. Events lead to Peter having to give up his life as the quaint family man to reemerge as Spider-Man, but this time, he isn’t alone. The Parker family secret is that Annie was born with powers, and instead of sitting back and watching her dad have all the fun, she decides to step up and help him save the day.

The culmination of this storyline was one of my favorite issues of the year. With RENEW YOUR VOWS #5, writer Dan Slott takes the emotional hook of this series–the family dynamic and Peter’s desire to keep his family safe at all costs–and throws it right in the crosshairs of the Regent.

The Parker family banding together and taking down Regent was one of Marvel’s highlights in 2015 and a definite tear-jerker. While we don’t learn much about what happens beyond this event or whether Spider-Man’s status quo will change to reflect the events of RENEW YOUR VOWS (spoiler alert: it doesn’t), Dan Slott tells an emotional story that stands on its own. Fans of the Peter Parker/Mary Jane relationship should absolutely pick this book up, but be prepared to shed a tear or two along the way!