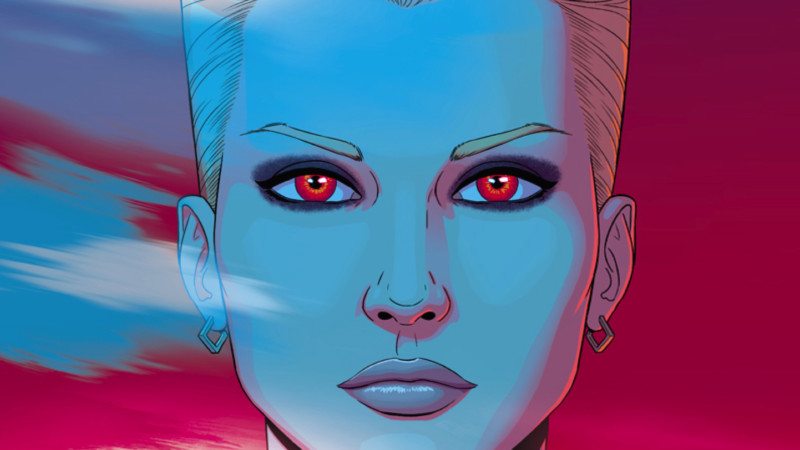 So here’s the deal — every ninety years twelve gods return as young people. They are loved. They are hated. Within two years, they will be dead. It’s happening now. It’s happening again. It’s THE WICKED & THE DIVINE, and it’s brilliant.

For those of you who are unfamiliar with THE WICKED & THE DIVINE (which is not many, judging from all the amazing cosplayers I saw at New York Comic Con), let me explain something to you: you need to pick up this book. Right now. For a multitude of reasons. Here are six!

The same team that brought us PHONOGRAM and YOUNG AVENGERS are the creative minds behind THE WICKED & THE DIVINE. I’m not entirely sure what it is about the pair, but we tend to get incredible works from them. Gillen seems to have a special connection to the minds of young adults since he can write teenage characters with a high degree of authenticity. These characters are so believable; from the special colloquial language us young’uns adopt, to their reckless, yet oftentimes justified actions. McKelvie consistently provides us with gorgeous artwork that this series would be nothing without. You can tell by the stunning covers—which are usually just a headshot (or lack thereof) of a character—that the interiors are going to be just as amazing, regarding art and story. 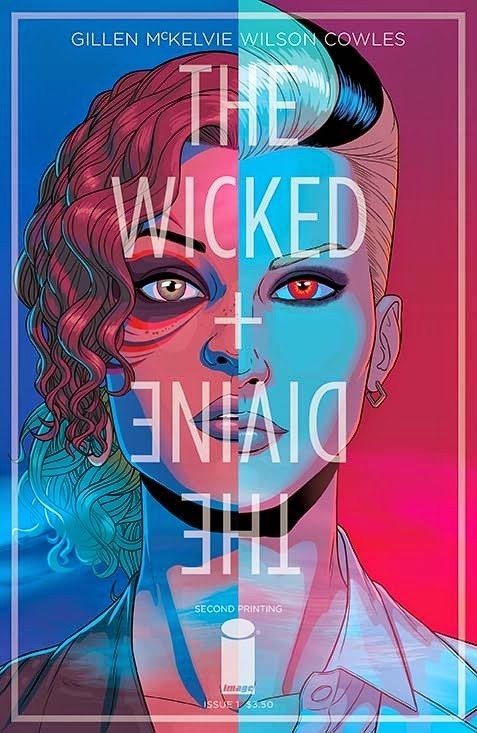 One of the most intriguing aspects of the book is the sheer amount of world-building and mythos that its creators have packed into it. The gods reincarnate every 90 years, which has occurred throughout all of history, so it begs the question: what pandemonium have the gods caused before this? We get a brief glimpse of this in the first issue where we see the Pantheon of the 1920s (which I would totally read in a heartbeat). There is such a long tradition of the Pantheon. We even get to see stuffy academics talk about these gods and their influences. We can only imagine the ways in which the gods have impacted this mythical, yet entirely attainable and realistic world, and the ways they’re going to do so.

CLICK: Check out our review of PHONOGRAM: THE IMMATERIAL GIRL!

Even though this is a fantastical world, it is grounded in our culture. The universe that THE WICKED & THE DIVINE creates mirrors our own, both regarding different subcultures and because of the pop stars that the characters emulate. We get to see the underground rock scene, the rave scene, and so much more. These gods are the ultimate pop-stars—they wield their divine powers in any way they see fit, regardless of the rules and restrictions we regular members of society must abide by. However, constant reminders their reign is temporary surround them. Mortality haunts these immortal gods — they’re going to die. They only have two years to inspire, perform, and exercise their power. Also, it’s hella fun to pick out which characters are which pop stars with your friends.

Don’t try and tell me this isn’t Kanye West.

The most pressing question when I read this book: do I want to be her or be with her?

(That’s such a dumb question I totally want to be with her, oh my gosh!) 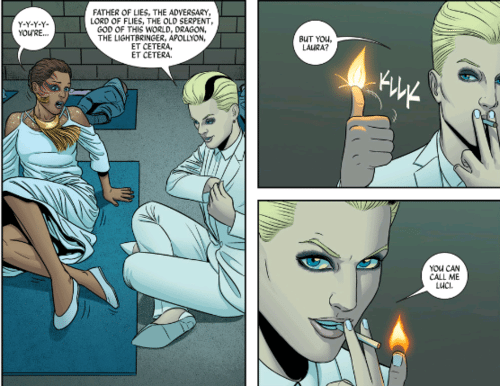 5. THE WICKED & THE DIVINE Provides An Interesting Take on Fandom

CLICK: Check out our review of THE WICKED AND THE DIVINE!

6. You Never Know What’s Going to Happen in THE WICKED & THE DIVINE

I cannot stress this enough — every single time I pick up my Wednesday pull and see THE WICKED & THE DIVINE on the list, I nearly have a heart attack. What happens now? What beloved character will Gillen & McKelvie take away from me? Can I read this on my commute home, or will I start crying on public transportation? Gillen truly knows how to create a well-thought out narrative that keeps us hooked due to endings guaranteed to have an unexpected twist. As much as I praise and adore him, there are moments where I raise my fist and yell his name angrily into the void. You need a support group going into this comic, or else your head is going to explode.

Most noteworthy, this is a comic that should be on your monthly pull list. There’s something for everyone here, and it’s an excellent introduction for people who don’t usually read comics. Seriously, I’d force everyone to read this. With a simple snap of my fingers.