The critical reaction towards BATMAN VS. SUPERMAN: DAWN OF JUSTICE is kind of hard to fathom at first glance, especially considering the current state of superheroes in pop culture. How does a superhero movie, one that features the two most iconic names in the industry, at a time when such movies are all the buzz, get beaten up so much by critics that it has a Rotten Tomato score lower than THE ROOM?

That was what I thought nervously walking into the theater for my viewing of the film, and by the time I walked out, that question remained relatively the same. I was still trying to figure out what the outrage was all about. Yes, I actually enjoyed BATMAN V. SUPERMAN. Don’t judge me. I agree that it was by no means a perfect film, but to describe it as an absolute failure feels like something of an exaggeration. The closest thing I can compare this movie to is X-MEN: THE LAST STAND—a divided mixture of things that work and things that didn’t, all wrapped together in a story that has the potential to be interesting but juggles way too many variables at once.

Despite enjoying the film, I do agree with the internet that Warner Bros needs to take a couple of steps back and really figure out how they want the DC Extended Universe (DCEU) to proceed in the near future. While DC has had success in creating shared universes for their characters in both animation (DC ANIMATED UNIVERSE) and television (CW ARROWVERSE), BATMAN V. SUPERMAN was supposed to be their first step towards a DC cinematic franchise. The reaction that it got, however, was probably what Marvel Studios was afraid IRON MAN would receive back in 2008. With that in mind, and with fingers crossed that SUICIDE SQUAD is amazing, here are five ways that the DCEU can get itself back on track.

This one is somewhat obvious. Even if you actually liked BATMAN VS. SUPERMAN, you’ll probably agreed that the movie was trying really hard to build up its world in the span of a single film. Despite the bulk of the Marvel Cinematic Universe’s Phase 1 films, outside of IRON MAN and THE AVENGERS, being decent to mediocre, they still managed to achieve their goal of slowly building up a shared comic book universe. Keep in mind that back in 2008, this was unheard of to moviegoers and even comic book fans—wishful thinking at most. It wasn’t until Tony Stark walked into the bar at the very end of THE INCREDIBLE HULK that we all realized that Marvel wasn’t just teasing the idea of an Avengers movie, they were dead set on making it happen. 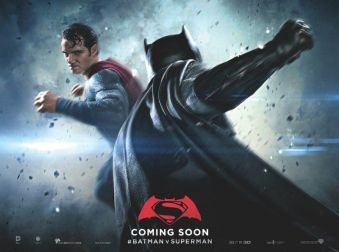 It makes sense that DC wouldn’t have immediately jumped onto this idea and followed Marvel’s lead, mainly due to how much success they were already having with THE DARK KNIGHT films. Outside of the Nolan trilogy, however, DC definitely struggled when it came to launching successful superhero films. While I personally enjoyed WATCHMEN, it was dismissed by fans of the graphic novel for not being able to capture the book’s spirit, despite being shot panel for panel. The GREEN LANTERN movie was a flat-out disappointment and by the time MAN OF STEEL was released, polarizing critics and fans alike, Marvel already had a new roster of movies coming out for the MCU’s next two phases. So it’s somewhat understandable that DC, realizing that they were extremely far behind their rival company, would want to establish the bulk of their world from the get-go. Unfortunately, a lot of people felt this was them doing way too much in such a short timespan, which brings me to my next point…

One of the advantages that the MCU had was, and still is, the ability to use lesser known heroes that were unfamiliar to casual audiences, allowing them to develop these characters without people criticizing deviations from their comic counterparts. By taking their time to establish each character individually before grouping them all together, Marvel was able to establish a relationship of trust with their audience, one that became more visible in how we reacted to their ever-growing roster of films and heroes.

Of course, it isn’t like Marvel can say that they are completely innocent of doing what DC has done, as AVENGERS: AGE OF ULTRON suffered from similar story problems. Despite being an enjoyable movie in its own right, Age of Ultron still contained an overstuffed story, introduced new characters without much development, featured unnecessary sequel foreshadowing, and had a villain who differed greatly from his comic counterpart—all complaints also leveled at BATMAN V. SUPERMAN.

However, the relationships between characters in this movie were well established by this point, built up through seven years of films and world-building, thus making the conflict and development that resulted from the mess still feel natural. While DC was able to successfully use MAN OF STEEL’s third act controversy as a means to instigate Batman’s distrust of Superman, other elements of the movie felt like they were tossed in for the purpose of quickly setting up an eventual JUSTICE LEAGUE movie. In other words, this movie was trying to be Batman v. Superman AND Dawn of Justice, when Batman v. Superman would have been more than enough. 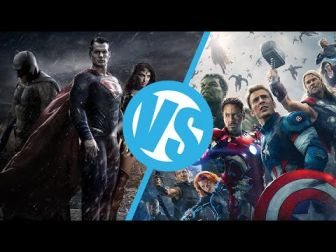 READ: A defense of BATMAN V. SUPERMAN from a Marvel fan.

Just to drive another couple of people insane, I’m probably one of the few remaining guys who would defend Zack Snyder. Yeah, he needs a better choice of writers—no offense, David Goyer—but considering how he painstakingly recreated stories like 300 and WATCHMEN to extreme levels of detail, I just can’t buy the idea that Snyder hates superheroes.

That being said, I agree that an entire franchise of this magnitude should not be placed in the hands of one man. The Marvel Cinematic Universe (MCU) might be one big franchise, but each individual installment was given to a different director, thus giving each film its own unique feel. Whether it was Jon Favreau heading the first IRON MAN, the Russo Brothers in WINTER SOLDIER and CIVIL WAR, or the God of the Nerds himself, Joss Whedon, in charge of the AVENGERS movies, these separate styles and directions make every movie seem different, instead of just carbon copies of the same thing.

Hopefully, with Geoff Johns as the new head of the franchise, some amount of progress can come about in the next year or so. DC does not have to be Marvel, but there are definitely things that they can learn from their rival that could benefit the future of the DCEU. 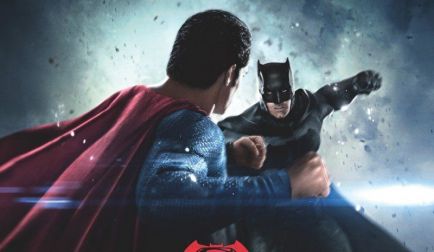 Here is something that fans need to get: There is no “one way” to make a comic book movie. Over the course of the DC-Marvel rivalry, DC has gradually become the darker of the two franchises, developing its storylines and characters in a much more serious manner than Marvel’s more lighthearted one. So, when people are telling WB to make their movies more like Marvel, they are misinterpreting the Marvel style, successful as it might be, as the only proper way to write such movies. There is nothing wrong with taking the material of a movie more seriously. If that is what the movie is going for, shouldn’t we at least try to accept that vision, rather than complain about how it doesn’t match up to that of our own? Even though BATMAN V. SUPERMAN wasn’t chock full of one-liners and quips every five minutes like Marvel, it did have its occasional moments of humor.

Still, I think the point that fans and critics are trying to make—that DC shouldn’t make its movies so serious to the point that they are no longer fun anymore—is a noteworthy argument. It didn’t bother me so much in this particular movie, as it source material included some of the more mature comic titles, but if every movie they produce goes this same route, it will definitely turn off audiences.

We know for a fact that DC can excel at variety: in the majority of their television, animation, and video game properties they own, and even some of their films, DC has proven itself capable of blending the light and dark aspects of its characters rather well, balancing dramatic moments with touching and humorous ones—even for the “brooding” Batman. The best advice to give DC here is simple: If you want to be dark and mature, that is fine. But don’t be afraid to have fun when you can.

Admit it: When Marvel announced that they were making a GUARDIANS OF THE GALAXY movie, your reaction was probably along the lines of “What? The who?” An insanely risky move in terms of obscure characters—D-list characters, mind you—and it somehow became one of the best superhero films to date.

Risks are an important part of filmmaking. As much as I love Batman, there are only so many times DC can rely on his image before we demand something else. It isn’t like DC hasn’t taken risks in previous adaptations of their characters, introducing lesser known characters within both their TV (ARROWVERSE again) and animated (JUSTICE LEAGUE UNLIMITED) worlds to great effect. Yet, because of their track record in the film industry, Warner Bros has always been afraid to venture outside of their two main powerhouses.

With the upcoming Suicide Squad movie this summer, DC is really banking the success and future of their cinematic world on a risky and unique title. I’m not telling them to go wild with every deal or risk that they take, but rather build it up over time as you regain the trust of the viewers, like how Marvel gradually went from Robert Downey Jr. in an iron suit to an intergalactic movie featuring a talking raccoon and an anthropomorphic tree.

Blend the TV and film universes together! You have already introduced the concept of the multiverse via THE FLASH, so by comic book logic, there is a legitimate means to initiate an ARROWVERSE/DCEU crossover.

In my opinion, BATMAN V. SUPERMAN was not as bad as people made out to be, but the DCEU could definitely use a bit of patching up before it continues. Warner Bros can’t live in fear of their past film failures, nor can they cling to the dark and gritty style that every superhero movie in the early 2000’s. They need to take risks and tell good stories, all while balancing it out with a good amount of fanfare to appease both critics and fans alike. Fingers crossed that they can pull through in the end.