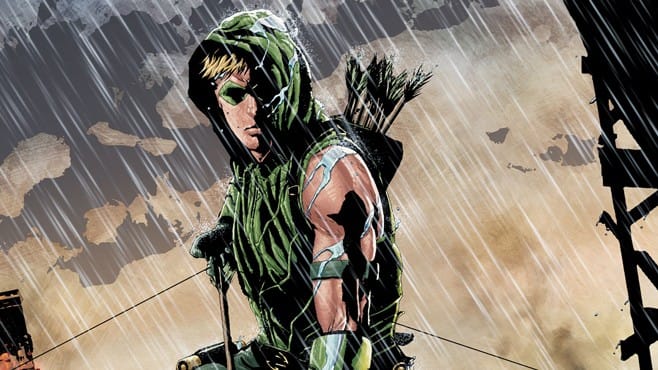 *5 Essential Comics is a brand new series at Comicsverse, debuting right here in fact, where we’ll look at comics characters who’ve taken off in mainstream culture, and recommend the five trade paperbacks we think fans should check out to explore the characters’ comics incarnations.*

Over the past four years, Green Arrow has evolved into one of DC Comics’ most well-known properties. The character began to breach the mainstream in 2012 when the CW series ARROW debuted. The show’s first two seasons were successful enough to warrant spin-offs THE FLASH and LEGENDS OF TOMORROW, both of which are strongly tied into ARROW’s canon. The success of these series, combined with ARROW star Stephen Amell’s vast social media presence, has raised Oliver Queen’s profile among mainstream audiences to unprecedented heights for the character. With this awareness has come renewed interest in the Emerald Archer’s comic book stories which has inevitably lead to new and old readers alike exploring Green Arrow titles in DC Comics’ daunting trade paperback library. The following list, presented in chronological order of publication, presents some of the best entry points for the character.

READ: Catch up on the televised adventures of the Emerald Archer in our ARROW reviews! 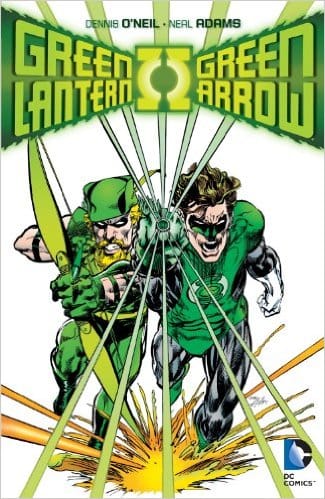 There’s no better place to start with Green Arrow than this late 60’s series by comic book icons O’Neil and Adams. Prior to this period, Green Arrow had been a C-List character who read as a Batman ripoff. That all changed when writer O’Neil recast the character as a street-level liberal crusader in an issue of THE BRAVE AND THE BOLD. Shortly afterwards, he and artist Neal Adams teamed Green Arrow with the socially-conservative Green Lantern. Over the course of their run, the duo tackled storylines focusing on numerous societal issues including environmentalism, religious cults, and societal conformity. The title’s most well-known and influential plot-twist was easily the reveal that Green Arrow’s former sidekick Speedy was addicted to heroin, a plot point that has remained a major part of the character’s backstory to this day. The run attracted critical acclaim at the time, and has gone on to achieve legendary status amongst longtime fans. The series has been collected numerous times throughout the years, most recently in an all-in volume in 2012. 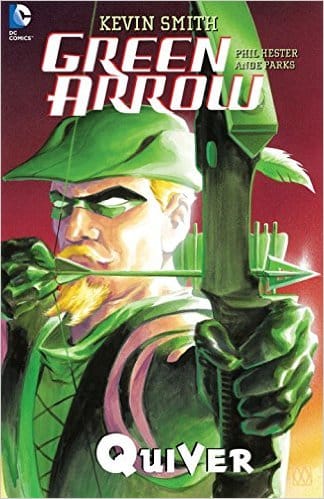 While today the thought of filmmaker Kevin Smith writing comic books is usually met with derision from many, that wasn’t always the case. During the late 90’s and early 00’s, Smith was an in-demand writer following his acclaimed DAREDEVIL: GUARDIAN DEVIL run, which made it a surprise to fans when his DD follow-up was announced as a relaunched GREEN ARROW series in 2001. GREEN ARROW had been a second tier DC title for most nineties, and for the last half of the decade had starred the deceased Oliver Queen’s son Connor Hawk as the titular bowman. Smith resurrected Ollie in a story that involved Conner Hawke, Black Canary, Ollie’s former sidekick Arsenal, and the entire Justice League, and weaved a tapestry heavily steeped in DC continuity. While in a lesser writer’s hands that approach could have alienated new readers, Smith’s humorous and accessible writing style combined the art-style of Hester and Parks, which was reminiscent of BATMAN: THE ANIMATED SERIES kept the title friendly to them. The relaunch was massively successful sales-wise, and established a status quo for the character and his spotting cast that would last until The New 52 launched a decade later. “QUIVER” has been consistently in-print since its initial publication, and just released a fresh-pressing in 2014. 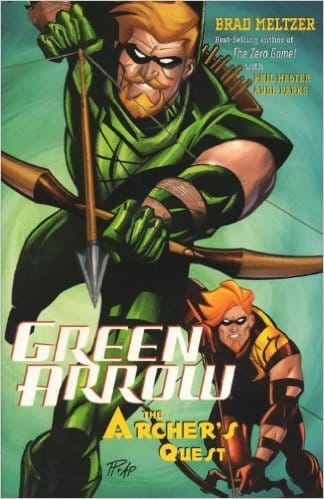 When Kevin Smith departed GREEN ARROW at the end of his second arc, there was some thought in the industry that the series would suffer. This put intense pressure on novelist and lifelong comics fan Brad Meltzer, who would be following in Smith’s footsteps by penning the book’s third storyline. The writer comes through swimmingly, taking the status-quo that Smith established and sending Ollie on a road trip with his former sidekick Roy Harper AKA Speedy AKA Arsenal to collect numerous artifacts from his life that had been scattered after his death. Eschewing typical super-heroics for character-building, Meltzer crafted a unique and personal story about death had changed Oliver Queen’s outlook on life that proved that Green Arrow could survive in the 21st Century without Kevin Smith. The title was out of print for several years before being released by DC in 2015. 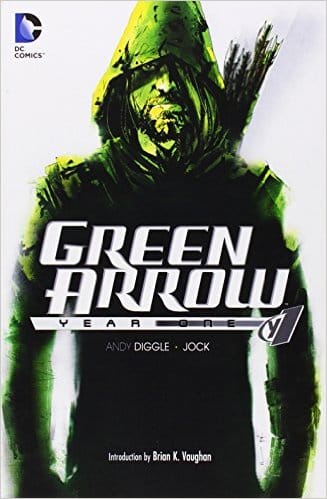 For this 2007 retelling, writer Diggle expands on the “stranded on a deserted island” part of Green Arrow’s origin, crafting it as a defining element of the character’s psyche. The surrealistic artwork from artist Jock is unlike any other interpretation of the character and only adds to the uniqueness of the book. This mini-series will also be the most recognizable story on this list to fans who are only familiar with the TV version of Oliver Queen, as ARROW’s creators used this story as the partial basis for the show’s first season. In fact, the characters of John and Andy Diggle take their names from the writer. Due to this connection, GREEN ARROW YEAR ONE has remained steadily in-print since it’s release.

LISTEN: Check out our Comicsverse Podcast episode about GREEN ARROW: YEAR ONE! 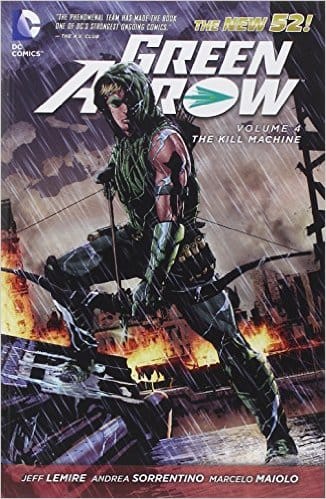 Like many other DC titles, GREEN ARROW had a hard time finding solid fitting following the company’s New 52 relaunch. Several creative teams came and went to middling sales and critical derision. That all changed with the series’ 17th issue, however, when creators Lemire and Sorrentino came onboard. They started with a literal bang, destroying much of the series previous status-quo and sending Oliver Queen on a mystical globe-trotting adventure to locate other “clans” that used weapons much in the same way that Oliver uses arrows. The team stayed on the book through two more arcs, both of which I’d recommend to anyone who enjoys this first volume.

Bear in mind of course that this list is not only wholly subjective, but it also represents only a small sampling of  the GREEN ARROW material available from DC Comics massive library. I leave it to you readers, are there any major Ollie-stories I left out that you feel like new readers should go to first? Let me know in the comments below, our Comicsverse forum, or on any of our social media channels!