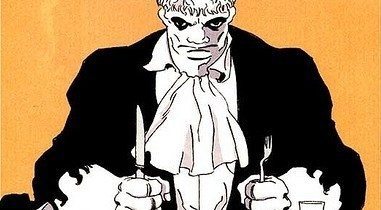 Thanksgiving is a distinctly American holiday that is simultaneously for everyone. In this way, it is exactly like American comic books. Let’s have a look at a few images and events occurring at the intersection between ink and potatoes, apart from the Japanese squid ink-colored mash potato sculptures which inevitably exist.

Needless to say, there are many, many covers out there referencing this image from American illustratory giant Norman Rockwell. 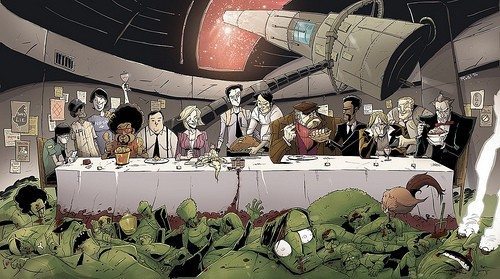 As you enjoy your meal, be glad you can’t do what Tony Chu can do. Because that turkey has seen some things…done some things…there’s a reason they need presidential pardons.

In this one image, the X-Men tie together seven separate and actually compelling stories of overcoming differences, each enacting the basic X-conceit about prejudice. In a time and era when you were required to have a physically impossible gun in 30% of your panels, they sold a lucrative issue featuring a friendly football game and a family dinner. 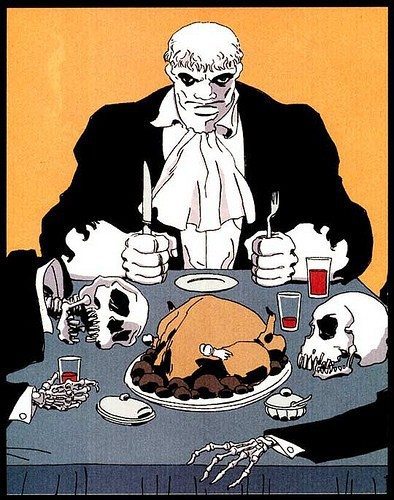 Tim Sale is responsible for the art. In what was certainly not a throw-away issue meant to pad the series, Harvey Dent displays complexity, Jim Gordon demonstrates his dedication to his family and inner humanity, and Batman shows compassion for a lonely soul, choosing to share Thanksgiving dinner with Solomon Grundy. Grundy would later thank Batman by eating his friend’s arm. 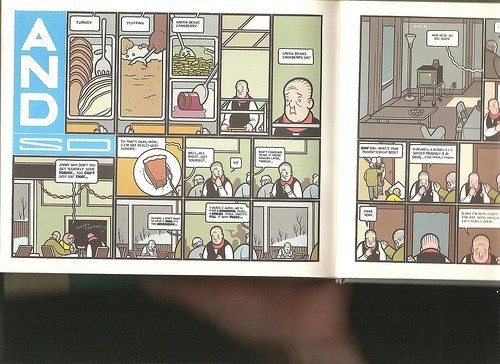 What would Thanksgiving be without a little total desolation? The food here is as colorless and isolated as poor Jimmy. Every attempt at cheer looks inadequate, except maybe that pie. And that, boys and girls, is the true reason for the season. Happy Thanksgiving!