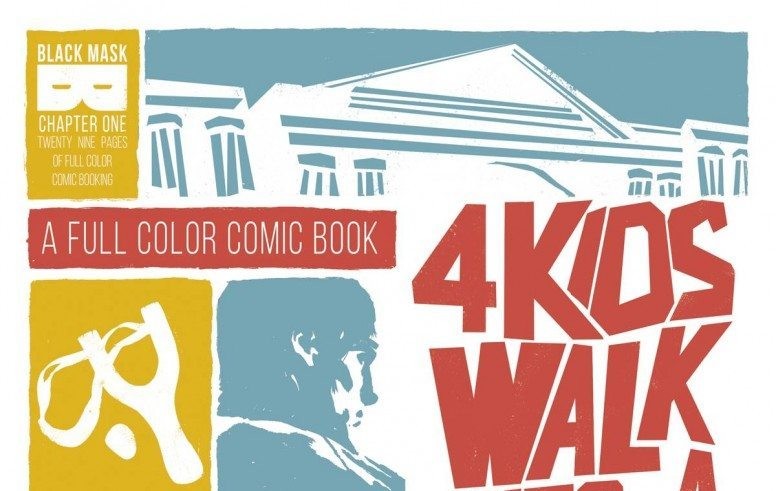 Black Mask‘s newest mini-series, 4 KIDS WALK INTO A BANK, is a “coming-of-age heist comedy” that features four young children getting caught in unfortunate situations. And yes, coming-of-age heist comedy is a genre that I just made up, but I promise it is the genre you didn’t realize you needed until now. Take the childhood antics and character from the SOUTH PARK kids, the adventure from STAND BY ME, and the plot from OCEAN’S ELEVEN, and this is what you get. 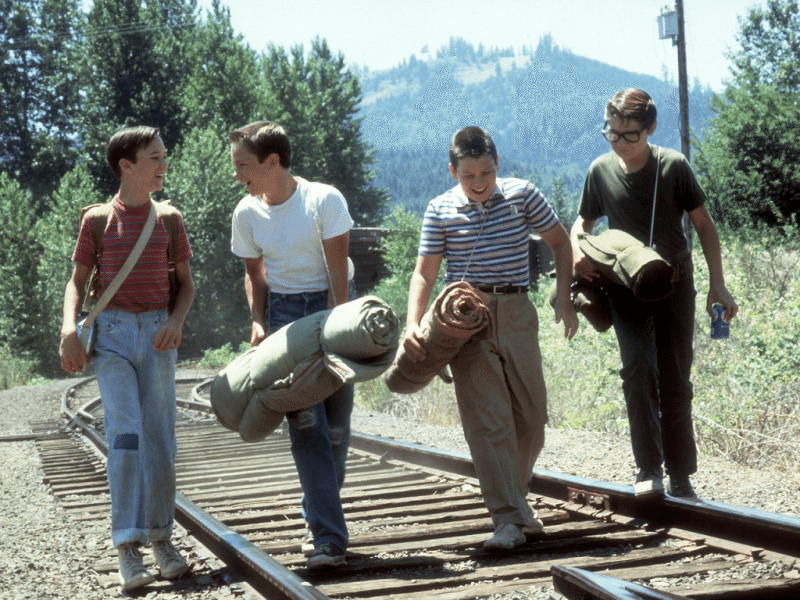 The story opens with a fantasy scene that turns out to be a board game that our four protagonists are playing. Each of their mystical characters in the game has taken on its owner’s personality. Right out of the gate, it’s an intriguing start to a series that exhibits creative storytelling throughout this first issue.

READ: Check out our review of another coming-of-age heist comic, CLOAKS!

First, there’s Paige, whose character, Sir Manly, perfectly correlates with her strong, adventurous personality. Then there’s Berger, the cheeky loudmouth adding awkward comic relief at every turn, whose character is naturally named Crotch the Stick, son of Groin the Moist.  Pat, a.k.a. Stretch, is the dragon character in this board game, which is fitting considering he is the most physically daunting of the kids. Walter is the quiet/shy child, which is why he was most likely given the Princess character in the board game without complaint.  This introductory fantasy scene ends abruptly when one of the kids spills a drink on the board game and the panel floods with liquid. 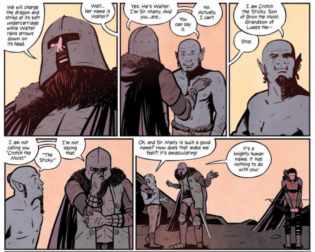 While the characters and story are fun, the strongest elements in this first issue are in its creative panel transitions. We often get brief, funny character descriptions through single-page panel scenes, which show each person’s actions mirroring their description. It’s a great mechanism for the humor to flow fluidly alongside the story’s progression. 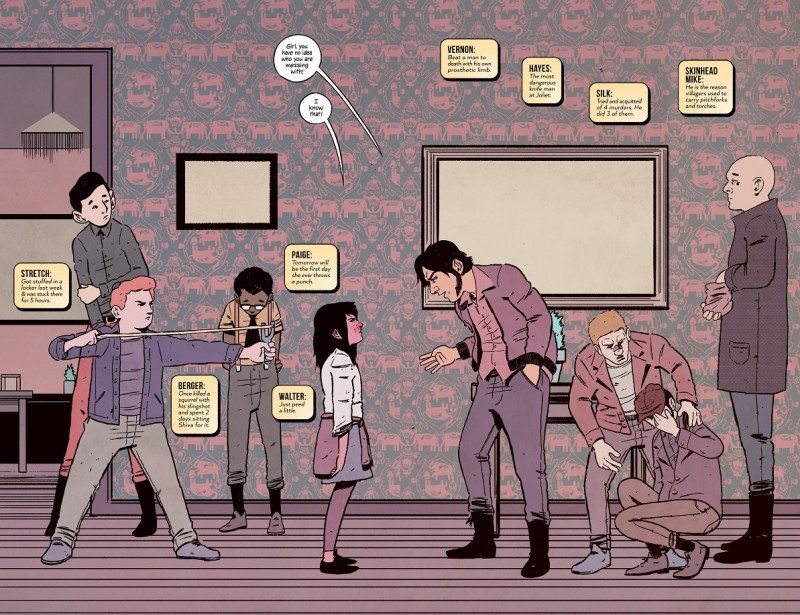 The kids communicate via hilarious ham radio conversations throughout the story.  These are depicted in mini panels with single character dialogs constantly interrupting each other (similar to any four way conference call in real life).  What would normally be a tedious read of 24 panels on one page becomes fun and fluid because each panel has a joke or important plot point that flows onto the next.  Even the stakeout scene, which should be a boring one or two panels of waiting, turns into a hilarious outlet for Berger to once again complain. 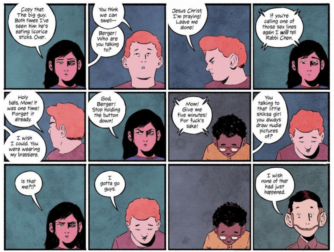 The well-timed humor in Matthew Rosenberg’s writing is complimented by the creativity in Tyler Boss’ art. Beyond the pitch perfect paneling, the scene designs are exceptional, adding to the overall feel of the childhood adventure without being forced. The color palette seems almost reminiscent of an old cartoon which gives readers a bridge into their past.  That being said, newer, younger readers will not feel that the art is “dated” due to its flamboyant and engaging pop.

This comic combines parts of many very tonally different genres and makes it work.  There are a lot of fine stories with similar elements out there, but 4 KIDS WALK INTO A BANK feels totally distinct as a whole. If you’re looking for a non-superhero story from a small publisher, take a chance on this one.