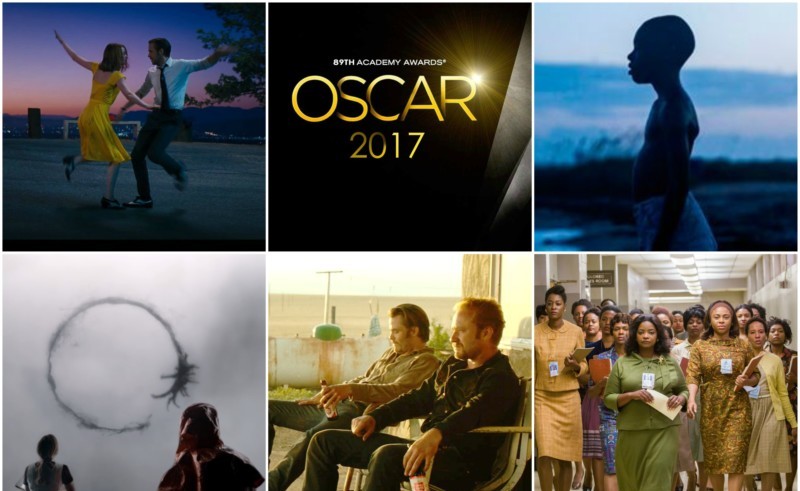 The Oscars are arriving this weekend into the homes of Americans who are feeling more culturally divided than ever. The fallout of the election has cast a cloud of toxicity over nearly every aspect of American life. With all this negativity, it’s hard to feel excited for the ceremony. Some cultural critics have even suggested the entire night should be completely cancelled as a form of protest. That rationale is extreme, to put it mildly. As the old adage says, the show must go on, simply because the 2017 Oscar nominations give us an opportunity to do something in America that we haven’t done in awhile: have a conversation.

While the nominees of this year’s films were put into production long before the 2016 election was decided, many of the films reflect the brewing tensions within our culture that led us to where we are now. In these films, we understand the schisms in America as they provide us with a tale of two (or three, or more) Americas. 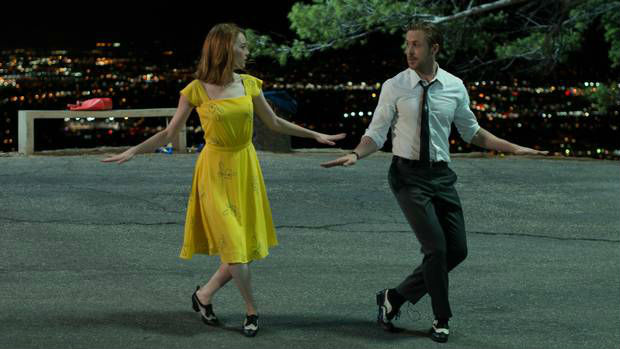 The front runner. The favorite. The backlash target. Is it any wonder this film struck a chord, though? After a year that could be described as a gargantuan pile of crap, is it any wonder a bright, technical marvel with charismatic leads and toe-tapping numbers became the runaway favorite?

The film dabbles in the glamor of old Hollywood. From the Golden Age of Hollywood posters adorning the walls of Mia’s (Emma Stone) apartment to the retro title font, the eyes of the past quite literally cast themselves over the film. Much like director Damien Chazelle’s previous film WHIPLASH, LA LA LAND is a movie about obsession and the lengths individuals will go to achieve their dreams. However, while WHIPLASH was a condemnation of single-minded pursuits, LA LA LAND leaves its thesis a bit more vague. It’s a bold move for a film that wears the guise of a conventional romance so willingly to make the audience feel like the romance would never have worked out. However, deconstructing the romance leaves the audience wondering if they are supposed to support or condemn the characters as they pursue their dreams. A perfect example of this: Ryan Gosling’s character Sebastian.

The conversation around the film has been divisive at best, with just about every critic weighing in on its shortcomings and successes, though the best piece of writing on the film probably comes from Kareem Abdul-Jabbar.  In his piece, Abdul-Jabbar succinctly addresses many of the film’s problems with its portrayal of a white man (Sebastian) being the righteous gatekeeper of an African American art form. It gets even weirder when the song written by the “sell-out” Keith (John Legend) is arguably one of the best songs in the movie. These odd racial politics certainly aren’t enough to sink the film for plenty of critics, but the lack of optic awareness definitely lends credence to campaigns like “Oscars So White.” Hollywood certainly isn’t at KKK-levels of bigotry, but it has a tendency to fall into the “I can’t be racist, I have a black friend!” trap on a regular basis. It’s the kind of racism that is built on smiles and good intentions but can often be the most frustrating and reinforce more toxic racial attitudes.

It’s likely that the romanticism oozing out of the film will help it walk away with the trophy in the end. LA LA LAND perfectly embodies the escapism we want to feel in these turbulent times. We want to go to the movies and watch dazzling spectacles, to watch pretty people fall in love, to see a world where there’s a clear beginning, middle, and end where everything makes sense, or at least feels purposeful. While the film may use its ending to subvert the classic tropes of Hollywood, it couches itself in a type of musical spectacle that hasn’t been seen in mainstream film since the days of Gene Kelly and Debbie Reynolds. For good or for ill, that’s why people have fallen in love with LA LA LAND. It’s fantasy at a time when we’ve all felt like we’ve overdosed on reality. However, too much fantasy is a bit like too much chocolate cake: you’re left with a toothache. 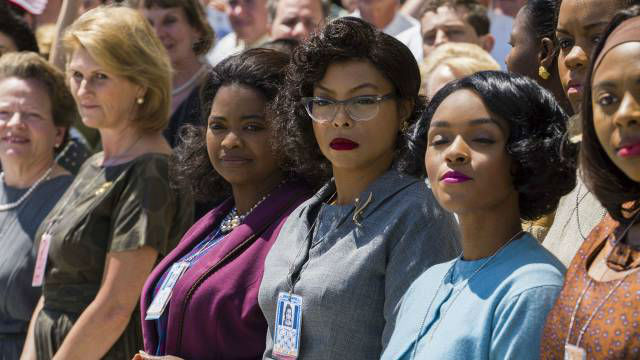 If we’re going to discuss race, we need to take a look at HIDDEN FIGURES. Like the subjects of the film, nobody expected HIDDEN FIGURES to have the success it did. Having grossed the most money domestically out of all of the best picture nominees, HIDDEN FIGURES is overwhelming proof that there is an audience for films led by women of color. The irony of that statement is that HIDDEN FIGURES’ success proves its own thesis: America’s bigotry is wasting the potential of the oppressed.

CLICK: Want to know what to watch next? Check out our list of the best films of 2016!

HIDDEN FIGURES tells the story of three African American women — Katherine Goble Johnson (Taraji P. Henderson), Dorothy Vaughan (Octavia Spencer), and Mary Jackson (Janelle Monae) — who worked for NASA during the height of the Space Race and the Civil Rights Movement. It was also a time when the type of person working in the STEM fields was uniformly white men.

One does have to ask, how many other hidden figures are there in the world? How many other stories have been lost to the bigotries of time? How tiring must it be for the women of color who worked to make America great only to be ignored by the white men in charge? HIDDEN FIGURES shows what can be accomplished when bigotry is set aside and everyone is given a fair shot. 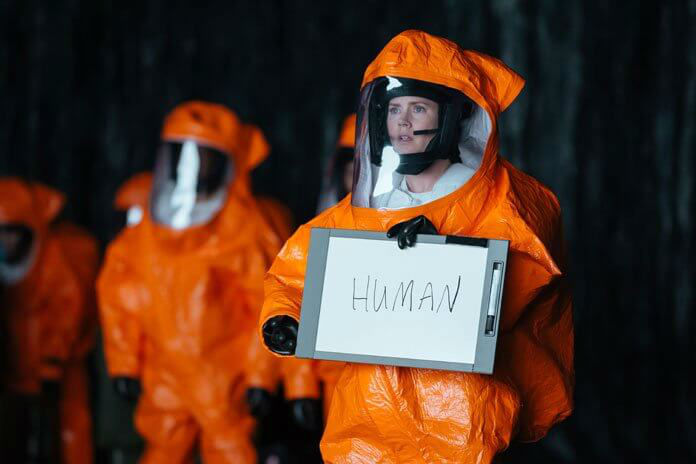 A movie about what we could accomplish if we all learned to shut up and talk to each other for once, where thinking and communication save the day. Denis Villeneuve’s latest film, ARRIVAL, feels like a movie that expects better of humanity. Watching it now is like looking through a mirror into a more optimistic past, made all the more depressing by the fact that the film was made less than a year ago.

In ARRIVAL, linguist Louise Banks (Amy Adams) is contacted by the military to help them establish means of communication with an alien species that has suddenly appeared on Earth. The species could not be further from the bipedal human; they could best be described as a mix between squids and elephants. As Louise progresses in her communication with the aliens, she discovers messages that could easily be interpreted as threats to humanity. When these messages are revealed, the people of Earth do what they do best: react with fear.

ARRIVAL believes humanity can solve any problem if we can set aside international borders and cooperate. Despite the presence of aliens, the conclusion of this film doesn’t arrive with explosions or an intergalactic genocide. Rather, the conflict is resolved through a simple phone call. Humanity saves itself through the act of communication. A sad reminder, though: ARRIVAL is a work of science fiction.

Where ARRIVAL filters America’s strife through the lens of sci-fi, HELL OR HIGHWATER tackles the country’s anxieties with a dime western sensibility. The opening contains a brief shot that would be heavy-handed if it didn’t feel so true. As the camera casts its gaze over the flat expanses of West Texas, a sloppy piece of graffiti is seen scrawled across a wall. It reads: “3 Tours in Iraq, But No Bailout For People Like Us.” The film takes place in the heart of Texas, but it represents all of these lost places of America that economics have left, quite literally, in the dust.

The film uses the classic lawmen versus robbers trope to evoke the American west and its final, desperate grasp to life. The industrialized, global world is moving too fast for these towns that are so easily forgotten, leaving the people there desperate. Here, desperation takes the form of a series of bank robberies in a town that sympathizes more with the criminals than the banks which have stolen their livelihood.

CLICK: The Academy and Action—Why the Oscars should have a Best Stunt Work category.

On the side of the law, Marcus Hamilton (played with gleeful aplomb by Jeff Bridges) and Alberto Parker (Gil Birmingham) are in pursuit of brothers Toby (Chris Pine) and Tanner Howard (Ben Foster). The chase leads the criminals closer to their corporate-focused revenge while the lawmen confront the futility of their actions. Taylor Sheridan’s script for the film is rich with great dialogue, but one of the under-appreciated gems comes from Alberto Parker’s speech on the unrelenting march of progress:

“Long time ago, your ancestors was the Indians and someone else came along and killed ‘em or broke ‘em down and made you into one of them. A hundred and fifty years ago, all this was my ancestors’ land. Everything you can see. Everything you saw yesterday. This was all Comancheria. Till the grandparents of all these folks took it. Now it’s being taken from them. Except it ain’t no army doing it. (Parker points at the bank) It’s that son of a bitch, right there.”

It’s a film that legitimately portrays the “economic anxiety” idea that pundits have used to justify Trump’s victory. The film could be written off as a celebration of “Trump country” and the second amendment. In reality, the film is about how guys like Trump, the big corporations, and the callous banks have been screwing over Americans for years. The only politics of the film are the little guy versus the man with a hand in our pockets. 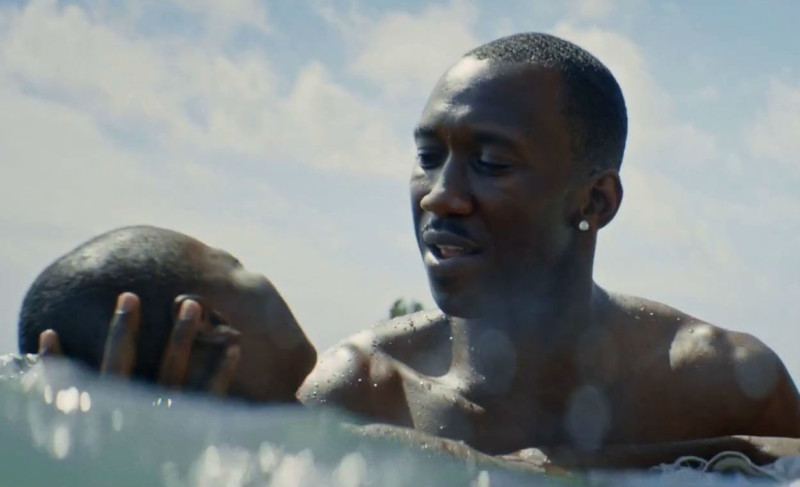 While HELL OR HIGHWATER explores the economic devastation of rural America, MOONLIGHT turns its eye toward the economic and social strife of the cities. Too often the concepts of “poverty” and “working class” are only associated with America’s small towns and (predominantly white) suburbs, as if people of color aren’t part of that working class.

MOONLIGHT is grounded in the harsh reality facing children of working class families who are barely able to pay the bills. With Chiron (played in three ages by Alex Hibbert, Ashton Sanders, and Trevante Rhodes, respectively) left to fend for himself, he is forced to confront a mix of questions regarding his identity, race, and sexuality. Eventually, he realizes the only identity that matters is the one he chooses for himself and in the souls of those who love him.

As Chiron grows, he finds himself being forced into the roles that others want him to play. He tries to understand his place in the world as a child under the eye of Juan (Mahershala Ali), he tries to hide his sexuality in the cut-throat world of adolescence, and he finally arrives at adulthood safely behind an emotional wall. What saves Chiron in the end and helps him to rediscover his true self is something as simple as a person who is willing to reach over that wall and see Chiron and accept him.

MOONLIGHT submerged itself into the identities of the “other” in American society. It’s a cinematic outstretched hand, yearning to be held so audiences can begin to understand “other” experiences within its frames. This is what makes it one of the most powerful films of 2017 and the thematic sum of many of the films nominated this year.

Within MOONLIGHT, we can see a better way to live in the years going forward. We need to find ways to love ourselves and the endlessly different people around us. We all see ourselves as the hero of our story, but we have to learn to be the supporting characters in the stories of others as well.

The 2017 Oscar nominees give us a hard and honest look at our culture and how we ended up so divided. The question now is where are we going? That film has yet to be made. The lights have dimmed. The projector flickers. 2017 has begun. How it ends is going to be up to us.