Tom Hardy is set to produce and star in a film adaptation of Brian Azarello and Eduardo Risso’s 100 BULLETS, but beyond that, what do we know?

100 BULLETS will be New Line Cinema’s first Vertigo Comics adaptation after gaining control of Vertigo properties from Warner Bros. So far, the only obvious overlap between this production and the massive comic book movie universe happening over at DC/Warner Bros. is Geoff Johns, Chief Creative Officer for DC Comics. Johns is overseeing production of 100 BULLETS for DC, while script-writing the future standalone Batman film starring Ben Affleck. 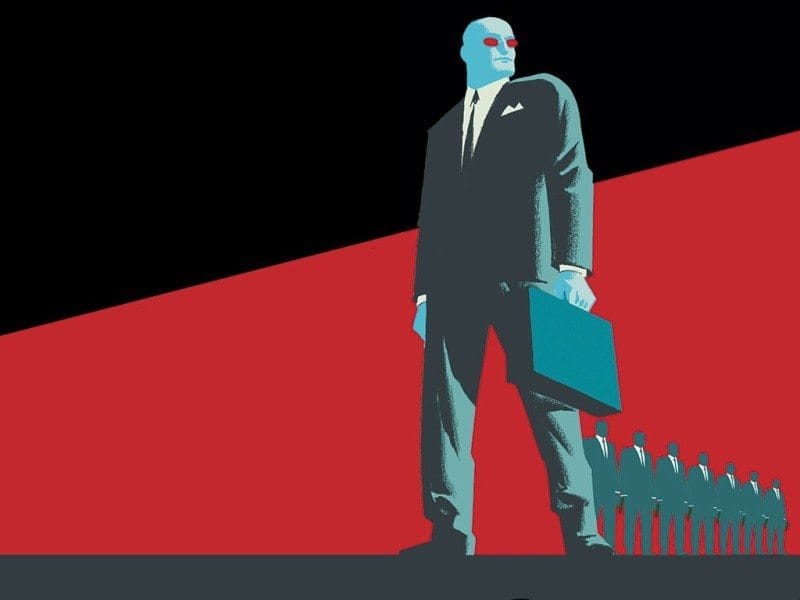 First published in 1999, 100 BULLETS began as an anthology series created by Brian Azarello and Eduardo Risso (with Azarello taking over most writing duties and Risso most art duties). A mysterious man named Agent Graves visits people who were wronged in some way and gives them a briefcase filled with the means to make it right: evidence against those who wronged them, a gun, and–you guessed it–100 untraceable bullets. All that was left (and the subsequent drama of the book) was what those people chose to do with those means.

Before long, however, a greater conspiracy begins to unfold on a global scale, with roots reaching as far back in history to the colonization of the New World.

It’s reasonable to believe that Tom Hardy will play Agent Graves, the man at the center of the entire conspiracy. It is also possible Hardy can play Mr. Shepherd, a character with his own complicated origin and back story who ultimately works with and for Graves as the greater conspiracy moves forward.

But we’re getting ahead of ourselves.

100 BULLETS is huge. It ran for ten years, for 100 issues and, like THE SANDMAN (another Vertigo property in the works at New Line) is massive in scope, in characters and in themes. There are no details yet as to the film’s plot, and it’s really anyone’s guess. The film’s distance from Warner Bros. and closeness to THE SANDMAN could suggest something a bit more off the beaten path, but this is also Hollywood. Previous Vertigo adaptations produced by Warner Bros. V FOR VENDETTA and WATCHMEN, met with mixed reactions from fans of the source material, and only slightly-better-than-mixed reactions from critics. What can be said about those films, however, is that they were faithful to the tone of their source material. Both written by Alan Moore, V FOR VENDETTA and WATCHMEN are dark and heavy. 100 BULLETS, while not written by Moore but still published by Vertigo, is certainly dark, and, fittingly, gritty.

Gritty… How Hollywood loves that word. 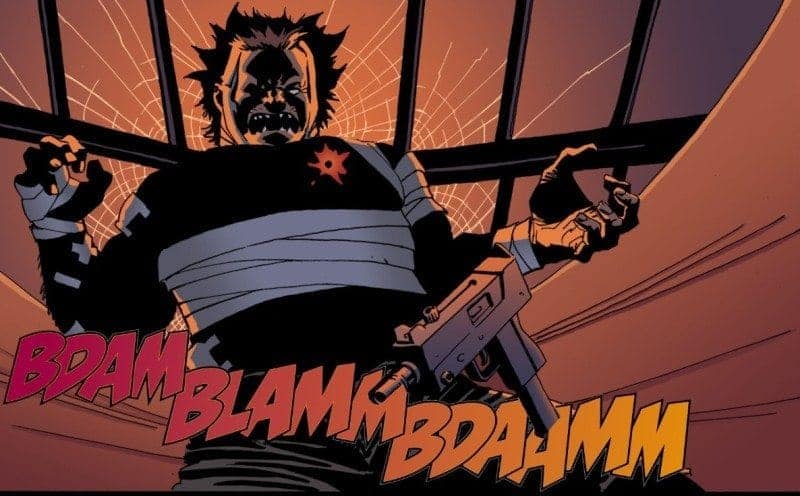 The tone and art style of 100 BULLETS can definitely be described as “gritty”. It’s probably the first comic book that truly warrants a “gritty” adaptation because… that’s what it is. It’s dark, messy, not pretty, and doesn’t shy away from graphic violence and sexuality.

With that in mind, who’s the audience for this film? The appeal of Vertigo properties isn’t as broad as DC Comics, so maybe New Line won’t even try to appeal to everyone. Maybe the producers will be okay with 100 BULLETS being rated R. New Line is not Disney, so maybe they don’t feel the same pressure to appeal to everyone that the Mouse House does. Though V FOR VENDETTA and WATCHMEN came out not too long ago, the Hollywood climate is very different from what it was then. With the excitement around the film adaptation of DEADPOOL, maybe the world is ready for more mature, comic-book-based fare.

100 BULLETS has a large story suited for the big screen, but its hook was personal. Readers entered the world through individual stories. The stakes were higher and more believable because we engaged with these people and their problems, and were invested in what they decided to do with those bullets. Is that something Hollywood is capable of when the profile is this high?

That remains to be seen. Right now, anything can happen.